In India, For India: Medical Device Makers Plug In 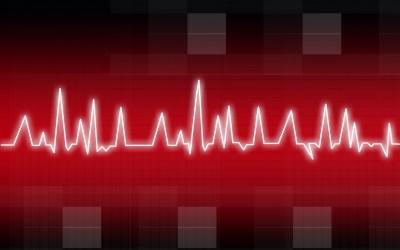 GE Healthcare’s research and development division in India recently designed and launched the MACi, a light-weight, battery-backed electrocardiogram (ECG) machine that will enable patients to receive an ECG for $0.20. Given the MACi’s portability and low-cost, the system has the potential to increase medical outreach to those who are unable to afford or access high-quality healthcare services.

(Reuters) – In a sleek glass and chrome building in Bangalore’s software hub, the more than 1,000 young researchers and engineers at GE Healthcare could hold the keys to innovations that save lives in India’s vast hinterland.

The 50,000-sq. ft. R&D facility, GE Healthcare’s largest, recently launched the MACi, a portable electrocardiogram (ECG) machine that weighs less than 1 kilo and runs on a battery even in hot, dusty conditions, enabling ECGs at just $0.20 each compared with around $50 currently.

The MACi, and its slightly heavier predecessor MAC 400, were designed, developed and manufactured with local components in India, where greater healthcare spending is boosting medical systems makers like GE, which are now focusing on making products for India.

The market for medical devices is worth up to $3 billion and growing at more than 10 percent a year, according to PriceWaterhouseCoopers (PWC), drawing foreign firms such as GE Healthcare, a venture with India’s Wipro, Siemens and Philips, which are also pursuing a local-for-local strategy in India.

“In theory, the opportunity is huge,” says Sujay Shetty, leader of the pharma practice at PWC in India.

“In India we want first-world technology at third-world prices. So India can also be a springboard for Africa and Latin America, which have similar needs,” he said.

India’s healthcare industry, estimated at more than $30 billion, will double in value in five years, according to PWC.

GE Healthcare first assembled high-end ultrasound, CT and X-ray machines and adopted an “in country, for country” policy earlier this year at its sprawling John F. Welch Technology Center in Bangalore, with a staff of 2,200 focused on India.

“Today, we innovate for India in India, thinking in rupees and paise rather than dollars and cents,” said Shah, who took on this job after more than 15 years with GE Healthcare in the United States.

India spends just over 5 percent of its $1-trillion-GDP annually, largely in primary healthcare focusing on basic needs such as immunizations and common illnesses.

The per capita expenditure is less than a third of what China spends, while the private sector accounts for about 80 percent of total spending in India’s healthcare.

India is an emerging medical tourism destination, with modern hospitals in cities offering premium care at prices that are a fraction of those in the west, but it has just 0.7 hospital beds and 0.6 doctors per 1,000 people, well below the world average.

The government has launched a National Rural Health Mission and an insurance scheme for the very poor, and is encouraging public-private partnerships (PPP), particularly in small towns, where people have to travel long distances for blood tests and X-rays.