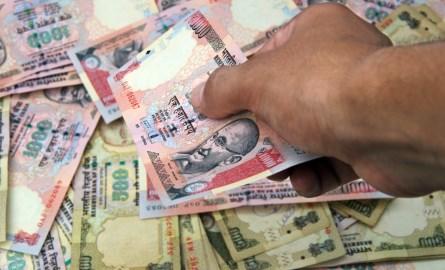 Impact equity investment continued to be an important component of the India private equity landscape, comprising 23 per cent of the overall private equity transactions in India. These investments were spread across 80 deals and totaled $390 million.

Some of the key trends in impact equity investing were that most investments were in early-stage impact businesses reflecting the youth of this sector. Financial services continued to be the leading sector with 22 transactions in 2013 followed by strong showing for agri-business and healthcare with 17 and 13 transactions respectively. There has been a significant growth of seed-stage and micro-seed stage investments priming the pump for more investment activity in 2014.

According to a report from Unitus Capital, impact investing has now established itself as a key driver of private equity in the Indian economy. There are a growing number of active domestic and international investors who see the viability of investing in businesses serving people living at base of the economic pyramid (BoP) in India.

Impact businesses operate in multiple sectors, including financial services, healthcare, education, energy, water, agriculture and more. There is a growing consensus that impact businesses have some reduced investor risks (particularly political and customer ret- ention) as they contribute significantly and positively to the communities in which they operate on a consistent basis. “We view impact investing as a growth sector,” Unitus added.

The report added that there is participation of new global investors and raising of Rupee capital for impact businesses demonstrating growing appeal for investment in impact businesses. “All of this brings a good momentum into 2014 which we expect to be somewhat tumultuous in the first half as the expected Indian national elections transpire. Despite this, we expect to see a 30 per cent increase in India impact investing transactions in 2014,” the report added.

With 22 transactions, financial services saw the highest deal activity in the Indian impact equity segment followed by agri-business and healthcare, seeing 17 and 13 transactions respectively. In terms of deal value too, financial services was the leader attracting 40 per cent of the investment share. Within financial services, microfinance companies led the pack with 10 investments, notable ones being Janalakshmi Financial Services, Equitas, Satin Creditcare and Grameen Koota, plus three investments in affordable housing finance companies. Clean-tech came second in terms of deal value, with 35 per cent share of investments, and healthcare was third, at 12 per cent.

Continuing with the trend from last year, two-thirds of the total impact equity investments made in 2013 were in early stage companies. “This is a very positive trend, as it highlights the increasing supply of equity capital for young companies / start-ups, which has traditionally been a problem area,” Unitus noted.