Husk Power Systems Wants To Lead “A Revolution In Electricity” 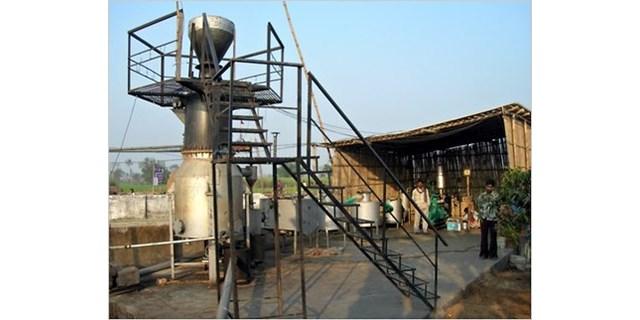 A recent New York Time article highlights the work of Indian energy start-up, Husk Power Systems, which is working to bring light to millions in India’s villages. The company believes that its innovation comes not from electricity distribution but from leveraging existing products and networks. More specifically, Husk Power Systems uses discarded rice husks to generate energy from mini power-plants. Though it has started operations in Bihar, one of India’s poorest states, the company hopes to develop 200 systems by the end of 2011 and have more than 2,000 units in operation by the end of 2014.

The for-profit social enterprise was started four years ago by three Indians from the state of Bihar, along with one American classmate from the University of Virginia’s Darden School of Business. Their design philosophy is “simplifying the system so much that even a high school educated villager could be trained and run our power plants,” co-founder Manoj Sinha tells Fast Company.

It is this philosophy of simplicity and corresponding success that has earned them substantial investments from the Shell Foundation and Acumen Fund and the prizes of a host of social innovation business plan competitions–including the Santa Clara Global Social Benefit Incubator. Already 60 rice husk power plants are up and running, serving 60 villages and 150,000 people. Now there are plans to run a Husk Power University and an international franchising system.

“Everything makes us unique,” says company co-founder Gyanesh Pandey. “Literally, I mean everything. We see this as a revolution in electricity. A revolution in power.”

HPS officially started in 2007 after Pandey had been experimenting for years with how to supply power to India’s most neglected, rural villages–places no access to power, many of which are in Pandey’s home state of Bihar. “We originally thought that some super high-tech solution would fix the problem. We were proven wrong,” Pandey says.

Pandey had spent nine years studying in the United States and went back to India in 2002 knowing he wanted to help his fellow statesmen, but he wasn’t sure how. “I always had a complex about where I came from,” Pandey says. “My parents lived in a village. We didn’t have a lot of opportunities.”

Solar and wind power options were too expensive and not financially feasible for the team–a solar panel would cost $1500 per kilowatt installed. They settled on rice husks at half that cost and now their plants each power 400-500 households for 7-8 hours per day, primarily at night. Their mission is to “liberate rural India from darkness,” says Pandey.

Co-founder Sinha says that one key to their success so far has been the recruitment of reliable people on the ground. He says that in an informal economy such as rural India’s, professional standards are low and it’s a struggle to find quality people to work for the for-profit social enterprise.

But when it works, it works well. “The people feel like they own the plant—it’s a serious community investment,” says Sinha.

Pandey and Sinha see HPS as a system, as opposed to just a power, product, or services company. Engaging customers at the bottom of the economic pyramid has become an integral part of the brand. “Gyanesh Pandey means nothing without Husk Power Systems,” says Pandey.

Now HPS is developing a franchising and University offering–both of which will catapult the company that much more onto the global social enterprise stage. The University is meant to enlist partners from across India who want to open their own HPS franchise–the partners receive training, provide a portion of the necessary capital, and shoulder some of the risk involved, such as hiring and maintaining quality staff on the ground. So far HPS has engaged NGOs and small and medium enterprises (SMEs) and the goal will be to train partners to run the plants the way HPS would. Their model is “build, operate, maintain,” with an eye on community and social impact. The company also runs a number of initiatives helping rural women with jobs and training.

HPS is also looking to expand to Nepal and Southeast Asia and eventually Kenya and Nigeria. Their success so far has surprised many of their social entrepreneur colleagues who at the outset thought they were too ambitious with their expansion targets.

Sinha says he has 20 questions that he asks of every foreign group that approaches them (they receive about 10-15 inquiries every day), as a way to filter requests. His questions include: “Do you know your country’s energy policy? What kind of electricity uses do your target customers engage in? What does a community/village or small town look like structurally speaking? Do communities engage in local farming? Are there rice mills close by the communities?”

“We don’t really think of ourselves of as having competitors,” Sinha says. “The rural world is starving. There is such a large, unmet need and we are essentially an empowerment system. We’ve taken a huge leap and we have a huge lead.”