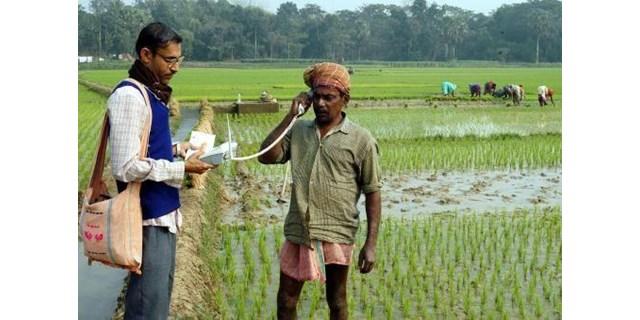 India’s Census 2011, first socioeconomic census in more than 10 years, shows that despite some progress in basic connectivity such as through telephones, less than 50% of Indian households do not have access to basic toilet facilities and more than 33% do not have access to safe drinking water. The Census shows on the other hand, that over 60% of Indian households own a telephone. The Census indicates how water and sanitation continues to be a major gap in essential household services. With experts stating that government spending on water and sanitation is inadequate, there is much room for innovative solutions to meet this need.

India’s first socioeconomic census in over a decade, and the first comprehensive survey of the population in the post-reform era, has shown how life has radically altered for many Indians over this period — and how it hasn’t.

These are part of the findings of the first phase of Census 2011 – Houselisting and Housing released by the Home Secretary, Mr R. K. Singh, here today.

“Open defecation continues to be a big concern…. We have to do a lot in these fronts,” the Registrar General and Census Commissioner, Mr C. Chandramouli, told newspersons.

Also, while 87 per cent of the households now use tap, tube-well, hand-pumps and covered wells as the main source for drinking water, only 47 per cent have the source of water within the premises. A good 36 per cent households still have to fetch water from a source located within 500 metres in rural areas and 100 metres in urban areas.

Among the other Census findings, 29 per cent households now use LPG for cooking against 18 per cent in 2001, two-thirds still use firewood/crop residue, cow dung cake/coal, etc. Only 3 per cent use kerosene, the alleged ‘poor man’s fuel’, to subsidise which the Government spends nearly Rs 1,000 crore a year.

Nearly a third of households have to depend on sources other than electricity for lighting their homes — 67 per cent use electricity as the main source of lighting.

The number of houses has increased from 25 crore in 2001 to 33 crore in 2011, indicating an improvement in the housing gap in rural and urban areas.