Hands Off Our Houses 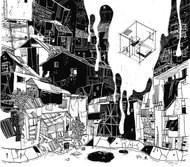 Matias Echanove and Rahul Srivastava, co-founders of the Institute of Urbanology write from Mumbai, India about the harm that social entrepreneurs could do if they try to replace makeshift housing in urban slums with low-cost ready-made houses. Echanove and Srivastava explain that while a $300 ready-made house may seem like a good solution for India’s urban poor to businessmen and professors, they are not in fact what slum dwellers need. Most of the makeshift homes in Indian slums such as Dharavi in Mumbai have been adapted to the needs of the renter / owner as their type of work or trade changes and they achieve incremental increases in their income. Though these makeshift homes often do not have running water or toilets, Echanove and Srivastava argue that it is far more important to provide slum dwellers with architectural or engineering assistance to improve their own homes, instead of replacing them with ready-made homes. The two site New Delhi-based Micro Home Solutions as a good example of providing such assistance.

LAST summer, a business professor and a marketing consultant wrote on The Harvard Business Review’s Web site about their idea for a $300 house. According to the writers, and the many people who have enthusiastically responded since, such a house could improve the lives of millions of urban poor around the world. And with a $424 billion market for cheap homes that is largely untapped, it could also make significant profits.

The writers created a competition, asking students, architects and businesses to compete to design the best prototype for a $300 house (their original sketch was of a one-room prefabricated shed, equipped with solar panels, water filters and a tablet computer). The winner will be announced this month. But one expert has been left out of the competition, even though her input would have saved much time and effort for those involved in conceiving the house: the person who is supposed to live in it.

We work in Dharavi, a neighborhood in Mumbai that has become a one-stop shop for anyone interested in “slums” (that catchall term for areas lived in by the urban poor). We recently showed around a group of Dartmouth students involved in the project who are hoping to get a better grasp of their market. They had imagined a ready-made constituency of slum-dwellers eager to buy a cheap house that would necessarily be better than the shacks they’d built themselves. But the students found that the reality here is far more complex than their business plan suggested.

To start with, space is scarce. There is almost no room for new construction or ready-made houses. Most residents are renters, paying $20 to $100 a month for small apartments.

Those who own houses have far more equity in them than $300 — a typical home is worth at least $3,000. Many families have owned their houses for two or three generations, upgrading them as their incomes increase. With additions, these homes become what we call “tool houses,” acting as workshops, manufacturing units, warehouses and shops. They facilitate trade and production, and allow homeowners to improve their living standards over time.

None of this would be possible with a $300 house, which would have to be as standardized as possible to keep costs low. No number of add-ons would be able to match the flexibility of need-based construction.

In addition, construction is an important industry in neighborhoods like Dharavi. Much of the economy consists of hardware shops, carpenters, plumbers, concrete makers, masons, even real-estate agents. Importing pre-fabricated homes would put many people out of business, undercutting the very population the $300 house is intended to help.

Worst of all, companies involved in producing the house may end up supporting the clearance and demolition of well-established neighborhoods to make room for it. The resulting resettlement colonies, which are multiplying at the edges of cities like Delhi and Bangalore, may at first glance look like ideal markets for the new houses, but the dislocation destroys businesses and communities.

The $300 house could potentially be a success story, if it was understood as a straightforward business proposal instead of a social solution. Places like refugee camps, where many people need shelter for short periods, could use such cheap, well-built units. A market for them could perhaps be created in rural-urban fringes that are less built up.

The $300 house responds to our misconceptions more than to real needs. Of course problems do exist in urban India. Many people live without toilets or running water. Hot and unhealthy asbestos-cement sheets cover millions of roofs. Makeshift homes often flood during monsoons. But replacing individual, incrementally built houses with a ready-made solution would do more harm than good.

A better approach would be to help residents build better, safer homes for themselves. The New Delhi-based Micro Homes Solutions, for example, provides architectural and engineering assistance to homeowners in low-income neighborhoods.

The $300 house will fail as a social initiative because the dynamic needs, interests and aspirations of the millions of people who live in places like Dharavi have been overlooked. This kind of mistake is all too common in the trendy field of social entrepreneurship. While businessmen and professors applaud the $300 house, the urban poor are silent, busy building a future for themselves.

Matias Echanove and Rahul Srivastava are the co-founders of the Institute of Urbanology.