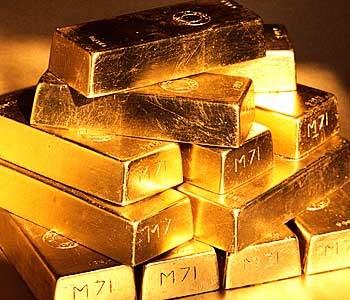 The World Gold Council is promoting gold-linked microfinance savings schemes in collaboration with Muthoot Pappachan Group and IFMR Holdings’ Kshetriya Gramin Financial Services. In India, where owning gold has traditionally been a matter of honor, but is inaccessible by many at the base of the pyramid, gold-based savings schemes offer low-income people an opportunity to access credit and acquire the asset. Through this system, consumers visit their service providers’ branch, “book gold at the current price” holding it through a deposit payment of 10-15%. The remaining amount can then be repaid in weekly instalments; if the consumer is unable to pay in the future, savings can then be liquidated. Having only recently been piloted, such schemes currently service approximately 150,000 people in India. Mumbai, Mar 30 (IBNS) In India gold has stood as an epitome of timeless security. In times of unforeseen difficulties there is an innate tendency among Indians to leverage on gold, accumulated through years.

For many families in India, handing down gold in legacy to their daughters in the marriage has been a tradition long established and continues till date. Besides being a token of love, this tradition is bespoke of the power gold exudes in terms of prestige, honour and timely succour.

In contrast to this quintessential importance that gold assumes in lives of most Indians, there is a large segment of people, which quite understandably are not able to afford even 10 grams of gold. This usually occurs because after providing for their basic needs and other expenses involved in raising a family, these people are hardly left with funds to invest or save in gold.

It is estimated that there are around 400 million individuals or 100 million households in India presently living at the Bottom of Pyramid (BOP), said World Gold Council (WGC), Mumbai.

These segments comprise of daily wage earners like school teachers, gram panchayat members, agricultural labourers, vegetable vendors, fisherwomen and their likes, where the women in the BOP segment desire to save in gold for future family social obligations (it maybe their daughter’s wedding).

A typical daily wage earner either cannot afford to invest in gold or her socio-economic and family conditions do not allow her to do so. It has also been reported that wages are often frivolously spent by the male members of their family on alcohol, gambling etc.

This leaves very little for future savings for these families. Also, these women normally have access for their gold purchases only from unorganized local sources such as money lenders who charge exorbitant interest rate that leads to long term debt and pledging of home and other money-yielding options.

In recent years World Gold Council has made funding more accessible by promoting gold loan schemes developed by microfinance institutions. These gold-linked micro-finance savings schemes help people at the bottom of the pyramid to save in gold.

World Gold Council claims to be acting as a catalyst to promote savings in gold by providing access to people at the bottom of the pyramid to credit facility provided by microfinance institutions.

For people living below at the bottom of the pyramid…

At present it is believed that the demand for gold would be stronger. With high crude oil prices and political uncertainty in Libya, investment in equities would be an expensive affair, as many companies’ earnings erode due to high raw material costs. Hence, investing in gold would be a lucrative hedge.

In fact a glance at the investment in comparison to other asset class reveals that gold is still a preferred investment. It is reported that in terms of investments gold has beaten newer products such as unit linked insurance schemes as well as many equity linked mutual funds.

Over the last three years, average annual investment in gold has been to the tune of $US20 billion, higher than that in Unit Link Insurance Plans (ULIPs) and substantially higher than that in equity linked mutual funds. This shows the faith Indian investors repose in gold.

For these people, in the past few years World Gold Council has promoted the concept of gold-linked micro-finance savings scheme. An important reason for this is to make credit accessible to people at the bottom of the pyramid.

At present, WGC is running projects in India in association with the Muthoot Pappachan Group under the “Swarna Varsham” scheme and IFMR Holdings’ Kshetriya Gramin Financial Services.

In the fourth quarter of 2010, microfinance institution Mimo Finance also launched a gold-linked microfinance pilot program—Mimo Swarn Yojana, in North India, which it plans to extend to its entire network after the completion of the initial pilot phase.

World Gold Council brings in a lot of credibility by its association with various gold-linked microfinance schemes. In this the buyer visits the branch office of a service provider in their vicinity, books gold at the current price, and makes an initial down payment of 10-15%.

He/she can then pay the remaining amount through easy installments ranging from a period of 12/18/24/36 months. The installment in many cases is as low as Rs 16 per day. In this scheme, at any given point in time, if the subscriber is unable to pay future installments, the savings until that date can be easily liquidated and returned. Hence these schemes do not lead to indebtedness.

Additionally, these schemes address the limitations, people in the bottom of the pyramid face in terms of low income. It doesn’t involve tedious documentations. Besides, the buyer gets access to good quality certified gold from a credible organized player, the flexibility to buy gold quantity as low as 0.5 gram or 1 gram, and more importantly access to microfinance over a period of 12 to 36 months with daily or weekly or monthly installments.

These schemes also provide protection against the increase in price in future as one obtains gold at the same price it is booked.

These gold-linked schemes have generated encouraging response in South India and in various other locations where it has been launched.

Muthoot Pappachan Group’s Swarna Varsham scheme, the gold retail programme offered by Kshetriya Grameen Financial Services (IFMR Trust) or the Swarna Yojna pilot that is being conducted by Mimo Finance have all found immediate acceptance among the people in the bottom of the pyramid.

At present there are more than 1.5 lakh consumers enrolled in these schemes across India.

Considering such wide acceptance of these schemes, the World Gold Council is also in talks with many other micro-finance agencies/ Non-Banking Financial Corporations across India.

The idea is to promote such schemes in the farthest corners of India so that the person at the bottom of the pyramid can access gold in an affordable and attractive way.
http://www.indiablooms.com/BusinessDetailsPage/businessDetails300311c.php