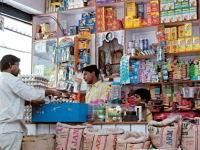 A CNBC article discusses India’s largest and fastest growing consumer market – bottom of the pyramid (BOP) consumers. According to India’s National Council of Applied Economic Research, there are approximately 350 million people earning between $2 and $5 per day, who are expected to grow in number to 500 million people who earn between $2 and $12 per day by 2020. Large food and beverage companies including Coca-Cola, Unilever, Nestle, and Pepsico have been tapping into this market in recent years as have telecom companies such as Nokia and consumer products companies such as Godrej & Boyce. In doing so, companies are increasingly developing innovative products and services that are meeting the food, technology, and financing needs of the BOP.

Danny Boyle’s 2009 multi-Oscar winning film Slumdog Millionaire riveted audiences with its story about hunger, deprivation, striving and achievement in India. Now two years later, the same story is capturing the imagination of marketers in corporate boardrooms around the world.
At the center of this tale is the Indian consumer who earns between $2 and $5 a day, lives in an urban slum or in the 600,000 villages of India. He is value-conscious, wants to improve his lot and dreams big for his children.

He might not have continuous supply of water or electricity in his home, but he has access to television and smartphones. He is, to borrow the title from Boyle’s film, India’s slumdog consumer, whose collective spending power is estimated to be a whopping $50 billion.

“Considering that 90 percent of these consumers stay in villages, live in their own homes, grow their staple food and get free water and electricity under rural welfare schemes, they spend almost 100 percent of their income on discretionary items,” Pradeep Kashyap, founder of MART, a consultancy firm that monitors rural consumption in India, told CNBC.

“This makes them the largest and the fastest growing market for soaps, toothpastes, colas, cookies, phones, bicycles and more,” he said.

According to India’s National Council of Applied Economic Research (NCAER) there are approximately 350 million people in the country earning between $2 and $5 a day.

By 2020 India’s slumdog consumers are expected to grow to 500 million while moving up the value chain to earn between $2 and $12 per day, according to NCAER, making them an even more attractive consumer segment.

Coca-cola [SKUL  15.97     0.48  (+3.1%)    ]has launched Vitingo, an orange flavored drink in India priced at 5 cents. PepsiCo is test marketing an iron-fortified snack under the brand Lehar Iron Chusti priced at 4 cents and a glucose drink that will cost 10 cents.

“The Lehar Iron Chusti brand is addressing the over-riding concern of this consumer segment to prevent any loss of income owing to poor health. We have a pipeline of innovative products to penetrate this consumer segment and deepen the market. And the price points reflect the pockets of the consumer we are targeting,” Geetu Verma, Vice President, Innovation, at Pepsico India, told CNBC.

Not just food companies, telecom companies are also echoing the same sentiment. Nokia is offering a $30 phone in India that allows a family of up to five members to share the phone, each with a separate number. This effectively reduces the cost of the phone for each family member to $6.
“Smartphones have taken the intimidation out of technology,” R. Sivakumar, Intel’s Managing Director for Marketing, South Asia, said. In the past two years his company has held 500 computer fairs in remote semi-urban towns in India, which have been attended by up to 1,000 low-income consumers.

“The typical profile would be a family of four with teenage children. Surprisingly, it is not the price points that matter to this consumer as much as the potential of the product or computing solution to change his life,” Sivakumar said.

The list of companies getting into this space just goes on. Godrej & Boyce last year launched a refrigerator called ChotuKool (Small Cooler) that costs $69, weighs less than 10 pounds, works on battery and is not dependent on continuous power. Tata Chemicals has launched Swach, or Pure, a water purifier that cost $11 that does not need running water. You can pass stored water through it and it has a filtration process for cleaning it.

This innovation is not just limited to consumer discretionary items. Vijay Govindarajan, a Professor at the Tuck School of Business at Dartmouth, recently concluded a global competition that asked participants to send in designs for a 225 square feet home that would cost no more than $1.33 per square feet. “More than any other place in the world, Mumbai needs innovations like these,” he was quoted as saying in the Indian media.

India’s bottom-of-the pyramid consumers have finally found favor with marketers who have long concentrated on tapping the middle and upper middle classes.

Says Kashyap, “Ten years ago, there may have been an odd company interested in catering to the bottom-of-the-pile consumers in urban slums or rural areas of India. Today not a week passes when there is no foreign consumer company representative in my office wanting to explore and understand the dynamics of this consumer segment for products and services.”