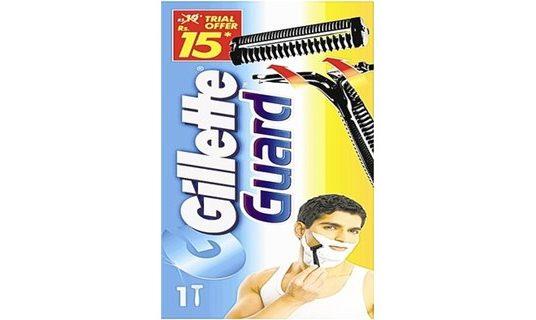 U.S. Fortune 500 consumer goods company, Proctor & Gamble Co., has started production and distribution of The Gillete Guard, a low-cost razor, in India. The company has designed the $0.34 razor and $0.11 blades in its efforts to increase its market share among Indian users (400 million men). Though the razor has not been designed specifically for the BOP, the company has taken a different approach to its product development by looking at what lower-income customers can afford and adjusting the production processes and included features to stay at or below that level. By ELLEN BYRON

Gillette’s newest shaving system has just one blade, a light plastic handle and a sharply lower price. And it isn’t available in the U.S.

The Gillette Guard, the latest razor from the Procter & Gamble Co. unit, instead will begin hitting stores in India next week.

The move by the maker of five-bladed, battery-powered gizmos reflects P&G’s aggressive push into emerging markets for new customers and growth. That focus is forcing P&G to be more modest on scale and more flexible on price.

Gillette commands about 70% of the world’s razor and blade sales, but it lags behind rivals in India and other developing markets, mainly because those consumers can’t afford to buy its flagship products.

The stripped-down Gillette Guard is designed to be affordable. The razor costs 15 rupees, or 34 cents, and uses blades that cost five rupees, or 11 cents.

By contrast, the Mach 3 blades that Gillette has been selling in India cost about 100 rupees, around $2.24.

“The first job is to bring more consumers into Gillette,” says Alberto Carvalho, P&G’s vice president of male grooming in emerging markets. “When they start enjoying a better shave, they’ll be more open to all solutions.”

Gillette Guard is aiming to lure users of double-edge razors, about 400 million men in India, according to P&G estimates. In India, a brand called Super-Max holds the lead in double-edge blades, which cost roughly 1.5 to 2 rupees, which is half of the cost of even Gillette Guard.

Winning over low-income consumers in developing markets is crucial to the growth strategy of P&G’s chief executive, Robert McDonald. Over the next five years, Mr. McDonald wants to boost the company’s total customer base for its many products to five billion of the world’s expected population of seven billion. Many of these new consumers will have to come from markets like India, where P&G has a small presence compared to Unilever PLC and some other competitors.

The need to grow in emerging markets is pushing P&G to change its product-development strategy. In the past, P&G would sell basically the same premium Pampers diapers, Crest toothpaste or Olay moisturizers in developing countries, where only the wealthiest consumers could afford them. To reach more consumers, P&G changed course by creating pared-down products specifically designed to be less expensive, like Naturella’s extra-absorbent, cotton feminine-hygiene pads and Downy Single Rinse fabric softener, which requires less water.

P&G uses what it calls reverse engineering. Rather than create an item and then assign a price to it—as in most developed markets—the company starts with what consumers can afford and then adjusts the features and manufacturing processes to meet the target.

For Gillette Guard, the target was five rupees, about the cost of shampoo sachets or small tubes of toothpaste. The price takes into account not only consumers but the kiosk owners who serve most shoppers in developing markets. The lower cost will encourage more small store owners to stock up on the item, P&G hopes.

P&G has a lot of ground to make up in India, where it estimates just 10% of men who shave use Gillette blades, compared with about 50% world-wide. Its plan is to get men to start using its products and then upgrade them as India’s economy grows.

The back-to-basics approach in India contrasts with P&G’s shaving strategy in developed markets, where an arms race of blades and battery power has produced devices that have become targets for comedy writers.

In June, P&G launched its most expensive razor yet in the U.S, the Fusion ProGlide. A four-pack of the manual cartridges sells for $16.99, about a 15% premium to regular Fusion blades. P&G says the Fusion ProGlide is now its best-selling razor.

P&G will introduce Gillette Guard first in emerging markets, says Mr. Carvalho, who doesn’t rule out the possibility of bringing the cheaper razor to developed markets like the U.S. “We haven’t yet looked in a detailed way if it makes sense doing this in developed markets,” he says. “We’ll probably know that in the next six to 12 months.”