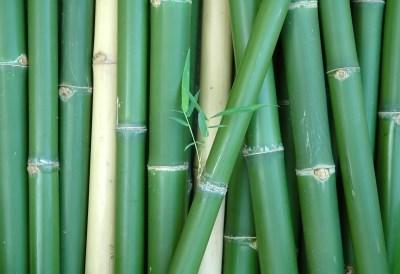 In collaboration with the national government, the Uttar Pradesh state government held a workshop in UP in early January to promote bamboo cultivation, which has been declining. Increasing the areas under bamboo cultivation would help increase the amount of bamboo in India as well as help artisans who can produce and sell crafts made from bamboo. The government also hopes to create appropriate marketing channels so that there is greater efficiency in the supply chain. LUCKNOW: In a bid to promote bamboo cultivation and its usage, the state forest department along with the national bamboo mission would hold a workshop here on January 10. Currently, in India, there are 1,275 varieties of bamboo.

The national bamboo mission is to be implemented in 20 districts of the state. UP had sanctioned Rs 4.10 crore under the mission in 2008. The focus has been to make the access of raw material easy for artisans in order to promote bamboo-handicraft and their economic condition. The department has held similar workshops in the past to address the problems related with the bamboo mission in the state.

The plan to promote and conserve bamboo is a part of national bamboo mission. Under the plan, it is not only the bamboo cultivation that has to be increased, but also provision of better quality of fertilisers and other required materials for promoting the growth of bamboo has to be ensured. Besides, artisans have to be encouraged to make bamboo handicrafts.

Under the mission, department has planned to set up nurseries in Mirzapur, Lalitpur and Pilibhit. The bamboo cultivation is to be encouraged in non-forest areas, so that area under bamboo cultivation increases. In the earlier workshops, setting up of a bamboo development board was proposed. The upcoming workshop will help the department to review its earlier plans.

In order to increase the income of artisans involved in bamboo cultivation, there has to be a strong distribution mechanism, which would help bamboo and its products to take over a large area through marketing channels. A distribution network has to be planned for marginal workers, who are involved in the bamboo-related cottage and small scale industries.

The need to plan bamboo cultivation on the patterns of an economic model, which involves a survey to ascertain the prospects of not only the bamboo cultivators and artisans, but also entrepreneurs involved in the bamboo trade has been felt for long by the state.

The case studies of areas, which have been a success in bamboo cultivation should be prepared for reference and study and distributed among artisans and traders.http://timesofindia.indiatimes.com/city/lucknow/Forest-dept-puts-focus-on-national-bamboo-mission/articleshow/7238692.cms