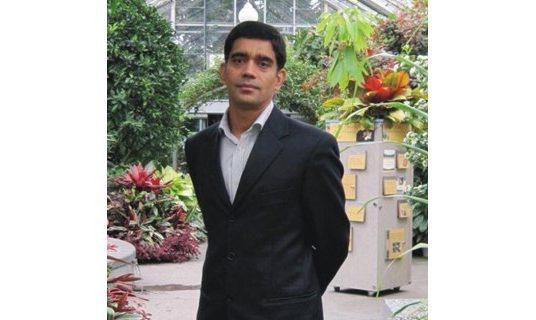 The Hindu discusses challenges for farmers in actually reaping the benefits of sales of perishable commodities such as fruits and vegetables. In an agricultural supply chain that is dominated by middle men and comission agents that work in the space between farmers and retailers, the largest profits are often realized by those taking advantage of fragmented supply chains, lack of information, and lack of transparency. Currently however, large brands are also taking profits away from farmers, as farmers “share in the consumer price keeps reducing even as the consumer keeps paying more.” The article states that in India, perishable commodities often have a 50% mark up when sold in urban markets. The article also puts forth potential conditions for when retail policy is being finalized for big brands and during foreign direct investment. One such condition stipulates that “Foreign Direct Investment in retail can be allowed provided 75 per cent of the total retail sales of agriculture produce are purchased directly from the farmers.” In trying to make farmers more productive and profitable, the Government of India has increased funding to help build capacity among such farmers.

“Gandhiji said, ‘The world holds enough for everyone’s need, but not for everyone’s greed.’ Being a citrus fruit farmer from Abohar in Punjab I can tell you how right he was. The same citrus I sell on my farm at Rs.16 per kg., after 2 days sells for Rs.50 at Khan market in New Delhi or on the sidewalk of Napean Sea Road in Mumbai. Now that is what one would call a killing,” says Mr. Ajay Jakhar, Chairman, Bharat Krishak Sangh, New Delhi.

Over 50 per cent of Punjab’s citrus cultivated in 55,000 acres grows within 30 km of the villages.

While it is widely acknowledged that the state has a monopoly in procurement in food grains, there is rarely a mention of the monopoly that exists between the private guilds of middlemen, commission agents at the sabzimandis (wholesale markets) and the street vendors and vegetable sellers in the retail market.

“They work in tandem to make huge profits on sale of perishable commodities sold by farmers,” says Mr. Jakhar.

Given the perishable nature of fruits and vegetables, the farmer is compelled to sell his crop soon after harvest.

He cannot wait for a better price, thus exposing himself to exploitation by the guilds and this has been happening since time immemorial.

“They buy cheap and allow no competition or transparency in the market. I still cannot fathom as to who makes more money; the wholesale agent or the street vendor,” he adds.

Yet, when it comes to preparing guidelines for foreign direct investment in multi-brand retail, the government curiously can only think of trying to secure the right of these very guilds from anticipated competition of large format stores. These guilds exploit both the farmer and the consumer.

Normally perishable produce is purchased by the urban consumer at 50 per cent higher price than at which the farmers sells his produce.

“No monopoly in the world is that profitable,” says Mr. Jakhar.

The competition commission in the country is a defunct body in a perpetual state of absolute slumber.

It is little wonder that the world’s largest retail organizations are vying for Indian markets.

Since foreign direct investment in multi-brand retail is almost a done deal, it is important to incorporate the following conditions while the policy for retail is being finalized:

“Foreign Direct Investment in retail can be allowed provided 75 per cent of the total retail sales of agriculture produce are purchased directly from the farmers.

50 per cent of agriculture produce sold to be purchased from the farmers should be mandated to be within 100 kms of every store,” seems to be his view.

Inclusion of these two details will benefit all stakeholders and may specially help small farmers become more productive and profitable for the first time.

To make small farmers self-dependent, it would be advisable to dispense our energy and money on horticulture. The problem is that horticulture involves higher capital costs.

Who is to invest in this capacity building exercise?

“The government of India has increased funding from approx. 700 crore in the seventh plan to Rs.15,000 crore in the eleventh plan. Producing over 230 million tonnes of fruits and vegetables over an area of 20 million hectares, the horticulture sector in India is now an important contributor to the agriculture GDP of the country.

A drop in ocean

Officials of the agriculture ministry hazard a guess that to cover just one per cent of India’s cultivable land under protected cultivation, the requirement of funds could be Rs.20,000 crores.

Even this high cost will be far more economical and productive than other interventions currently being planned by the government like the national food security act which will keep people dependent on government for life. But that is another nightmare waiting to unfold.

“I can understand the anxiety of the government to focus on the fear of small medium enterprises (SME) & kirana store owners as a critical part of the urban vote bank but could it not spare a thought for the poor farmer too?” he asks.