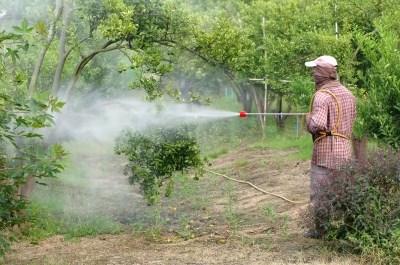 Fabindia, the flagship store for Indian handloom textiles and apparel, has empowered its nearly 700 employees by giving them a stake in the company on its 50th birthday in 2010, the firm’s managing director William Nanda Bissell said.

“We have made nearly 700 employees shareholders of the company this year. We felt that it went with the beliefs of the company. As stakeholders, they have developed a sense of ownership towards the company,” Bissell, said.

Fabindia was founded by American entrepreneur John Bissell in 1960. His son William is now steering Fabindia’s growth. He said what his father (John) tried to do was “different” from what he is trying to do.

“It is a huge story, books have been written on it. My father was primarily exporting to the West. I am expanding the domestic retail network. We have 133 stores across the country and 12 more in the pipeline. I felt that we should have our name out there in the domestic market. We are listening very carefully to our young customers and picking up whatever they are telling us (in terms of designs and textile needs),” Bissell said.

William Bissell has made Fabindia almost a wholly community-owned company by granting power to every stakeholder in the supply chain.

“We have set up three community-owned companies that manage 17 community-owned clusters with nearly 40,000 shareholders. At present, we are buying 100 percent of our stock from the community companies. My father wanted to run a company that would provide a market for the craft traditions of India. I wanted to expand the domestic retail business and empower the stakeholders rather than export under another name,” Bissell told IANS.

Fabindia is synonymous with the country’s handloom couture revolution. The birth of the chain in 1960 marked the beginning of the transformation of traditional Indian fabrics into fashion textiles for apparel and designer home decor. It also pushed traditional Indian weaves to the American market.

At the root of Fabindia’s growth lies an incredible Indo-American saga that began on the morning of Aug 16, 1958, when young American John Bissell came bounding up the stairs of the Cottage Industries Emporium in New Delhi. John, the scion of an old New England family with powerful political links, was on a Ford Foundation grant to India to advise the government to rework the design and marketing skills of the people working in the handloom sector.

But India had a pre-ordained destiny in store for him. John’s love for Indian textiles took him to weavers at the grassroots level across the country. He befriended young Punjabi woman Bimla Nanda, a fellow adviser at the Cottage Industries, married her and settled in India.

In 1960, John had placed his first order for 250 yards of Delhi homespun cotton as drapery fabric. It cost him Rs. 3 per yard and till this day remains one of Fabindia’s bestsellers.

On August 3, 1960, John exported a number of textile products through a small company, India Loomcraft, located in the Shankar Market area of the capital. A month later, Fabindia was born with a modest capital that John raised from friends and family in the US.

The consolidation of the brand was a family initiative – a collaboration between John Bissell and his wife Bimla, a Delhi girl to the core. She worked with John at the grassroots with weavers and was the vital link between the culturally and linguistically diverse India and her American husband – steering the brand. Bimla Bissell, now in her 70s, manages the affairs of the John Bissell Trust that funds philanthropic projects.

The Fabindia brand has, however, changed within a framework, Bissell said.

“We are looking for change in our western range but within our own vocabulary so that our customers understand it. We are innovating with knitwear varieties, but we have to be careful about what we do. We don’t want to introduce things that dilute the brand’s appeal,” he said.

Bissell said his company “follows an inclusive model of capitalism”.

Bissell said the “biggest problem in India was that our markets did not recognise the value of real crafts”.

“When you recognise the value of crafts, you will be paying a higher price for it. When you pay a higher price, it translates into higher wages for weavers and craftspeople,” Bissell said.

“I think we could pay much more to our craftspeople, but it is a struggle between pricing and sales. If you outprice goods, you sell a few pieces. If you don’t give them enough work, it will kill the craft,” Bissell said.

“Ultimately, every country has something it can be proud of. Crafts are the most defining heritage of the country,” he said.