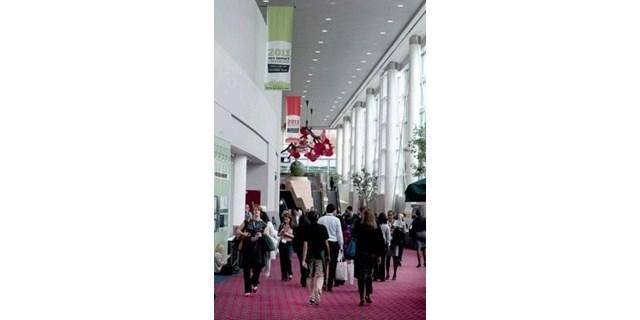 Ross Baird, executive director of Village Capital (VilCap), identified one of the main problems: even though there are over 300 funds that label themselves as impact funds, fewer than five will invest in deals that are $250,000 or less. This creates a big mismatch between investors and impact enterprises that are trying to get off the ground.

I interviewed Baird at the Net Impact Conference late last month in Portland, OR. VilCap is an independent venture capital impact fund that’s piloting an exciting new way to engage, identify, and select early stage ventures both in the U.S. and abroad.

Ross explained how early, seed-stage companies differ from later-stage companies and require different options for raising capital. This isn’t news, but Ross believes the traditional venture capital model is broken when it comes to dealing with the impact sector. The problem is that there is currently no ideal investment model for investing in impact startups, as evidenced by the lopsided nature of capital availability.

Here’s where VilCap comes in. VilCap aims to radically democratize entrepreneurship. Initially created by First Light, a seed-stage impact-investing fund, and inspired by the “village bank” concept in microfinance, VilCap is an independent organization that runs education programs focused on peer support and relies on peer groups of entrepreneurs-rather than investment analysts-to make assessments on one another. Begun as a pilot in 2009, the program has supported over 150 entrepreneurs through a peer review process with partners worldwide, such as Dasra (India), Hub-Bay Area (US), and Artemisia (Brazil).

As the model has evolved, VilCap has adjusted its programs to increase focus on some of the thorniest components facing the impact sector.

Ross believes that exits are currently the biggest thing holding back investment in impact companies today, and VilCap programs work to help entrepreneurs “tell an exit story.” “Whether it’s strategic acquisition, entrepreneur buyback of shares, or loan repayment, investors absolutely have to know how they are going to get their money back, and that’s just not talked about with entrepreneurs,” says Ross.

VilCap’s peer ranking is based on six major criteria, including the exit strategy requirement:

In addition, rather than incorporate impact as a separate criteria for evaluation, VilCap uses social impact as an upfront screen to get into the program. “Impact has to be ‘baked in’ to the business model of the company for the business to run well in the future,” says Ross. “Thinking through tradeoffs of making impact and good business tend to create problems for both objectives in the long-run.”

And VilCap is doing more than just asking for a valid exit strategy. They are trying to lead the exit conversation. Traditionally, the exits that appear most in the venture capital space are strategic acquisitions and IPOs, but Ross says he’s seeing a lot more creative thinking around this issue recently.

VilCap’s educational programs are working with entrepreneurs to think through alternative exit strategies, such as a company issuing a “redemption clause” that would enable entrepreneurs to buy back shares from the investor once the company reaches a certain threshold of profitability.

In addition, they are promoting a revenue-sharing structure, whereby a certain percentage of an entrepreneur’s revenue is shared with the investor until an investor hits a certain profitability threshold (notably promoted by Africa-based impact fund GroFin and Portland-based Revenue Capital Management).

Venture capital obviously plays a critical role in helping finance seed stage ventures. In the end, for the impact sector to grow, Ross thinks there needs to be a concession in the industry from getting away from just focusing on the home runs. “We haven’t seen a lot of home runs-yet-but we have seen a lot more singles and doubles than Silicon Valley. So investors need to increase the volume of deals done, and adjust expectations for individual investments, to make the portfolio succeed.” VilCap’s partner impact investors support the model because they want to invest in a high volume of companies, at a low transaction cost per company, thinking that diversifying their portfolio of investment leads to a greater chance of an eventual return on capital, he added. (Pictured above: Ross Baird. Image credit: Unreasonable Institute).

And it’s not just about the role venture capital can play. Ross also discussed role of private equity in the impact investing space, and the need for more private equity funds for social and environmental enterprises that can help impact companies reach the next level. Mission Markets, which I wrote about in another blog, is one player stepping in to help broker a lot of these hand offs.

We need more initiatives like Village Capital all along the investor capital supply chain to ensure that impact companies have the resources they need to have the tangible social and environmental returns we’re all seeking.