Diary Of A Social Entrepreneur 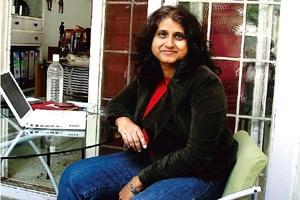 The Schwab Foundation has recently named Neelam Chhiber, Founder of Industree Crafts Foundation in India, as the ‘Indian Social Entrepreneurship of the Year 2011’. Chhiber established Industree Crafts Foundation in 1994 along with co-founder Gita Ram, after having studied design and spent time working with artisans. In the article, Chibber explains that in the early years of her career, she observed that the link between consumer and producer was not strong enough for producers – the artisans – to capture optimal value from the creation of the product. Having started Industree Crafts, she therefore steered the organizations towards building capacity among producers at the back-end of the supply chain and more effectively promoting products at the front-end. Since its inception, Industree Crafts has had orders from Ikea, received a $3 million investment, and opened eight retail outlets – Mother Earth.

A sister organization of the World Economic Forum, the Schwab Foundation has been awarding social entrepreneurs in South-East Asia for five years. It chose Neelam Chhiber of Industree Crafts Foundation as the India Social Entrepreneur of the Year 2011 in partnership with the Jubilant Bhartia Foundation (the foundation is the social wing of the Jubilant Bhartia Group, whose promoters are closely related to those of HT Media Ltd?, which publishes Mint.)

Industree Crafts Foundation is a hybrid, not-for-profit set-up that has adopted India’s skilled artisan community and resolved to help it move up the value chain. It incubates grass-root communities so that they become owners and entrepreneurs themselves, in charge of their own destinies. Apart from production, Industree’s retail branch, Mother Earth, helps market the products these artisans create. So far, Industree has changed the lives of more than 10,000 artisans living below the poverty line. Chhiber pinpoints milestones in her career that helped her make the shift to social entrepreneur.

1986:I finished my product design course from the National Institute of Design, Ahmedabad, and jumped into the deep end of work life. I worked across categories like wood, metal and ceramic. I spent three years working on a stone crafts project where we documented stone crafts in 14 states. My interest was in the indigenous arts and crafts of India, so I started working as a consultant with various craft organizations like the Handicrafts and Handlooms Exports Corporation of India Ltd, and the UP Export Corporation.

What I learnt in my initial years was that the link between consumer and producer needs to be stronger. It all lacked effective merchandising and I felt that that could only be brought about by a private company. The co-founder of Industree, Gita Ram, who works with the Crafts Council of India, advised as much too.

1994: I had been working with various government agencies for almost eight years but realized that none of the designs really translated into saleable products. So Gita and I founded Industree Crafts Pvt. Ltd, a for-profit entity with a focus on domestic retail and export.

1996:We opened our first retail store, Industree, in Bangalore and sold apparel, food and home products, all using indigenous crafts and materials.

1998: We started exploring global markets by going to export fairs. We realized that all these markets could not be addressed by the front-end only. A lot of back-end intervention at the production infrastructure level was needed. That was a crucial moment for us, because we realized what we wanted could not be achieved by a private limited company only. After years of working, opening stores, going for fairs abroad, taking part in handicrafts and gifts shows, working with grass-root rural producers, and through real experience and not just sitting in an ivory tower, we were beginning to understand what really needs to be done—set up a non-profit arm of Industree.

2000: Learning from there, we set up the non-profit Industree Crafts Foundation in 2000 so that we could engage with the schemes that the government of India (ministry of textiles) has for artisans and craftsmen. Such schemes are designed to empower artisans at the grass-root level and we wanted to leverage those. We adopted the self-help group model because that allows more freedom to artisans and also helps them get loans.

For instance, take the case of Hamida Bibi, a grass-mat weaver in Veeravanallur town in Tamil Nadu’s Tirunelveli district. There is a small community of grass-mat weavers here. We told her we wanted finer, better quality and colourful mats to sell in our stores. A self-help group of 40-50 women was formed, headed by Hamida Bibi. We helped them with documentation and they formed a registered entity of their own. We didn’t own their production unit. They did. And as a self-help group, they are entitled to loans from nationalized banks. They organized themselves, bought handlooms and set up other infrastructure. It was up to us to get them purchase orders.

One day, Hamida Bibi told us that the order would be delayed, because there was no water in the river! What has that got to do with it? we asked. They have to soak the grass in the water for three days before splicing it. So we had to build a water tank that could be used as a soaking facility.

That’s the problem with this sector. It needs organization, division of labour, which doesn’t necessarily mean setting up a factory or mechanizing everything. It needs people who will bring in the assets and best practices of mass production but keep the ethos of hand production alive.

2001: We started breaking even on a combination of retail store and export sales, shop-in-shop sales like Central and Shoppers Stop?. We reached a million dollars in sales (Rs. 4.2 crore). Our next step was expansion, and it took a few years to make that happen. One of the best things in this period was to get an order from the Swedish company Ikea to make banana leaf mats. This was a great learning experience.

2007: After the Ikea order, we learnt so much about production on a large scale, meeting quality standards, organizing our producer groups—and also that there is a huge market for creative industry products, as it is referred to internationally. That’s the dichotomy in this sector—because it’s called arts and crafts or handloom and handicrafts, everybody sees it as a cottage industry, and it doesn’t get the required attention. We realized that a change in that perspective would do this sector some good. These are modern lifestyle products, including furniture, and not just souvenirs. In India, it’s a classification issue. We have the world’s largest, already trained skilled labour, and yet we contribute only 2% to the global creative market industry.

So a scale-up was top-most in my mind. I even did a four-week course that teaches social entrepreneurs how to scale up.

2008: It became clear that the scale-up should happen through producer-owned entities, and not by manufacturing through an existing supply chain. Producers needed to have more play in the game. They are not owned by us. The idea is that they run their own company and benefit fully from it. It also makes them more commitment-oriented when it comes to quality of products and meeting deadlines.

We took an investment from Future Group?. They own 60% of Industree Crafts Pvt. Ltd, and have invested Rs. 12 crore. Our business model is that no established supplier will be approached and we will work to create new producer groups.

2009: By now I realized that we needed a strong brand identity, so that our presence could be more visible. The first flagship store, Mother Earth, was launched in Bangalore.

2011: We have eight Mother Earth stores now. And we won the award for social entrepreneurship. It’s very important recognition for us, because it goes to say that our model works—our model of self-help groups, of creating producer-owned groups, yet having a market-led approach and meeting international quality standards.

A social entrepreneur’s life is different from a normal entrepreneur in that sense, because your work doesn’t stop when your annual report shows a profit. When you’re aiming for sustainable change in society, it takes time and way too much perseverance. You reach one milestone and there’s something else waiting to be done.

As told to Komal Sharma.