Creating Wealth From Waste In Uttarakhand 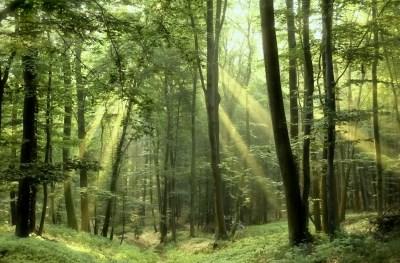 An Indian NGO and the state government of Uttarakhand have partnered to implement an alternative energy solution in the state’s mountainous areas. The initiative uses pine needles that fall to the ground and take a long time to decompose to create ‘coal bricks’ by mixing the needles with cow dung. In training women on how to make this coal according to set specifications and providing them with the appropriate machinery, the initiative helps use a natural resource to produce clean energy for the area. The coal is used as energy for home cooking and other small businesses.

One of the most enduring images of the hilly regions in northern India is the ubitiqous ‘Pine’ trees that cover the undulating landscape. Yes there are several other trees in the area, the ‘deodhar’, the silver oak but somehow the pine predominates. There is a flip side to the pretty picture that greets the visitor to the hills. Called ‘ Cheed’ in the local language, it is the bane of the area.

The trees soak up moisture the soil, much like the ‘eucalyptus’ thus preventing other trees from growing around them. They are responsible to a great extent for the water shortage in hill areas of Uttarakhand. Called ‘Pirul’ in the local language, these form sometimes a thick carpet on the forest floor. n the trees, they form a thick cover, sometimes so dense that even sunlight cannot penetrate through and reach other plants growing around the ‘Cheed’ trees. When they fall to the ground, they form a kind of thick rubbery, sometime slippery carpet which prevent seeds from other plants to reach the soil and take root.

The ‘Cheed-Pirul’ combine effectively stop biodiversity following its natural track. Quite literally a ‘coloniser’ attacking other tree varieties and plant life in the region. The millions of blade-like leaves, which fall from the trees in the summer, are a veritable timber box. When dry they are one of the main factors of forest fires. Hundreds of acres of forest burn down because of its own produce ‘Pirul’.

Yet the forest and the natural processes have a regenerative quality inbuilt. Mostly it is Nature itself, which plays that role. Sometimes it is human beings who see the opportunity to not only derive benefit for themselves but to actually, give back to Nature. This is what is happening in some of the areas in Uttarakhand.

An innovative project Gramya Scheme’ by the state government is being implemented by an NGO based in Pithoragarh, Himalaya Study Centre across several regions of pine country! Nainital, Pithoragarh, Champawat and Bageshwar all falling in the Kumaun region of Uttarakhand. This involves a training scheme for locals to convert the abundant Pirul or Pine Needles into ‘Bricks’ of coal, which can be used as fuel by local communities. Of course it would not have the ‘traditional’ properties of coal mined from the depths of the earth but the formula come close. Most important is that the product can be used as an alternate fuel.

The actual process of making “Pirul Coal” is surprisingly uncomplicated. The pine needles are first burnt in a drum of particular specifications. The Pirul here is burnt to a cinder and transformed into ash. Interestingly even at this early stage it begins to resemble charcoal. This is then mixed with cow dung, which is also prepared as a mixture. The two are then mixed together with a proportion of 1: 10, the higher proportion being the ‘charcoal’ content. The mixture then is laid in a specially made moulding machine to make the new-formula coal. Allowed to settle, it does not have the ‘hardness’ of coal yet is not soft enough to crumble. It can be handled easily as large granules or small bricks.

The program imparts training to several local groups and interestingly many of them are women who otherwise used to scour the forests for these dry Pirul to be used as fuel directly. Now they are saved from the drudgery. These groups eventually become productive units having access not only to the technical know-how but also to the necessary machinery. This whole exercise has led to a veritable cottage industry in the hills enabling the locals to earn a livelihood. What enthuses the women equally is that this new coal is virtually ‘smokeless’. It also produces very little ash. If used in a specialised stove, 1 kilogram can last for 90 minutes.

M.H. Khan, Director of ‘Gramya’, is enthused with this novel concept especially so because of its double benefit of creating livelihoods and conserving resources. Locals agree and also say that Pirul leaves take a long time to rot contributing very little or very slowly to the regeneration of the soil. Some studies show that in the process of decomposing ‘Phytotoxic’ chemicals, which are harmful, are released into the soil. Hema Dobriyal, who motivated many others in Chamauli village of Garhwal Mandal, says “Now there is a smoke-free atmosphere in our village and women are playing an important role in natural resources preservation.”

This is a resounding theme across the region. According to Pooja Mehta, social activist from Gangoli Haat unit, “Today, Pirul leaves, which were considered useless are used to create livelihood opportunities. Villagers collect it and sell it in the village and local markets.”

Bhagat Singh of Gangoli Haat has taken it one step further. He has commercially developed coal making and runs it like an industry. The returns have been handsome and last year, he earned Rs.10, 000. The new-found ‘Coal’ is being used in homes and hotels for cooking. Infact it is widely used by dhobis who set up shacks to iron clothes!

The success of the initiative is widespread. Rajesh Pandey of Almora district actually changed his line of work. Seeing the potential of this nascent industry, he gave up his small shop and decided to take up coal making.

After taking training, he bought a machine. It was a wise decision and Pandey rode to prosperity on a wave of increased demand for the ‘Pirul Coal’. Others like Ramdat Belwal of Almora district turned to this business giving up farming from which he could not earn enough to last for the year. Today, he is glad he made the switch. He produces 4-5 tonnes of coal per month, which finds a ready market giving him an income of Rs. 3000-4000 every month. This is however restricted to the summer months. Obviously the industry has to expand to ensure that entrepreneurs like Belwal remain in business and in the bargain promote this alternative fuel.

Alternative energy and fuel is the crying need of the hour across the country. In Uttarakhand, this small initiative is creating valuable alternate fuel from a waste product that can be actually detrimental if left unattended. Charkha Development News Service points out that this is the kind of holistic solutions that are needed today which address not only issues of rural livelihoods, contribute to a growing industry and in the process conserve the earth’s resources.