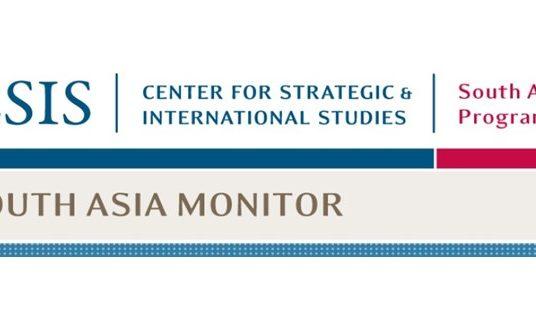 A publication by the Center for Strategic & International Studies in Washington D.C. has recently reported on the massive opportunity for financial inclusion via mobile-banking in India. Though the country has seen rapid growth in the mobile industry in rural India, with millions of Indians owning a mobile phone, many of them do not have bank accounts. Developing regulation, increasing interest by phone companies, and creative solutions, however, seem to indicate that more robust infrastructure for mobile-banking transactions and oversight is continuously being tested and implemented. Various organizations offering mobile-banking services include MCHECK, EkGaon Technologies, and A Little World. By Riddhima Gandhi

The mobile phone revolution is sweeping across India and has the potential to dramatically transform the lives of the nation’s rural poor. An estimated 8 million rural Indians who own mobile phones do not have access to banks. This gap is only widening. Intense competition and innovation within the telecommunications sector in the last decade has catapulted India into the largest and fastest-growing mobile phone market in the world. Today India is uniquely poised to make use of mobile banking technologies as a conduit for not only bridging the “digital divide,” but also fostering financial inclusion. In India’s highly unequal society, where 40 percent of the population has no access to financial services, “inclusive growth” has been recognized as a key priority for securing the future success of the country. This newsletter analyzes the role that regulators, financial institutions, technology, and service providers are playing in improving access and deliverability of mobile banking services to India’s rural poor.
India’s Mega Mobile Phone Market: With an estimated 555 million subscribers and at least 17 million being added each month, India’s booming mobile phone market represents a facet of India’s rapidly modernizing economy. While demand for mobiles has permeated all socioeconomic strata, a striking feature is that growth in mobile use in recent years has been powered by rural India. According to the Indian Council for Research on International Economic Relations (ICRIER), rural tele-density has soared to 12.72 percent from 0.4 percent and urban tele-density to 72.47 percent from 5.8 percent in the past decade.

Unlike most sectors of the Indian economy, where reforms have been sluggish, the Telecom Regulation Authority of India (TRAI) began in the early 1990s to pursue liberalization policies that have promoted healthy competition in the telecom industry. This, in conjunction with a surge in Indian affluence, has resulted in expansion of mobile networks and a steady decrease in the price of domestic telecommunications services. Today, call tariffs stand at 1 cent per minute and are among the lowest in the world.
Despite these developments, network coverage is still heavily skewed in favor of urban areas. Speaking at CSIS, Minister of State Sachin Pilot remarked that India’s remote northeastern region has scarcely been integrated into the “telecom loop.” The Indian market is also characterized by its reliance on simple voice calls and SMS (short text messaging), rather than sophisticated, and arguably more beneficial, mobile technologies. Yet these simple features have led to cumulative benefits, especially for rural customers. According to the World Bank, these include improvements in productivity, employment rates, and profits, as well as better access to health and social services. The scope in India for future expansion and technology upgrades in mobile-related products and services is massive, unleashing even greater rural development potential.
Rural India, a Slowly Changing Paradigm? Rural India’s 626,000 villages make up 70 percent of the workforce and generate 20 percent of India’s GDP. Although rural India historically has been considered a burden on the economy, today there is growing recognition that robust increases in rural demand cushioned India against the impact of the 2008–2009 financial crisis. Increased rural purchasing power is now evident across a number of sectors. For instance, in 2010 rural consumption overtook urban areas in fast-moving consumer goods over a five-year period.  http://csis.org/files/publication/sam_143.pdf