Beggars Can Be Choosers 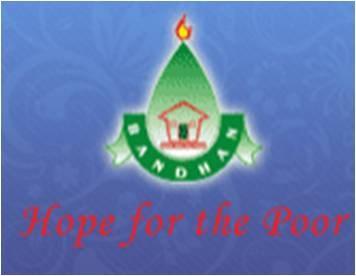 Rural Bengal in India is currently experiencing a new model for microfinance. Run by village elders, the ‘scheme’ ranks families in the villages by wealth to determine the poorest of the poor. The ultra poor are then provided with livelihoods assets such as resources for rearing pigs and goats, producing vegetables, and making handicrafts. Within two years, the clients qualify for mainstream finance and often become clients of Bandhan, India’s fourth-largest microfinance institutions (MFI). Bandhan’s non-profit trust has developed this program for the ultra poor with aims to reach 55,000 families by 2014. Currently approximately 60% of the 5,000 families involved in the program have become microfinance borrowers. Despite MFIs coming under government scrutiny and regulation in India, so far this scheme has worked, as it also allows NGO partners to help the microfinance clients build their savings.

A successful micro finance business model for the poorest of the poor is creating waves in rural Bengal.

At 7.30 AM, Bikash Dey Sarkar, an employee of Bandhan Microfinance, is out at work, surrounded by close to 150-odd villagers, watching him scribble a map on the mud floor of a makeshift community centre.

Sarkar is not a cartographer but is on an assignment to create a data bank of ultra low net worth individuals in far flung villages. He draws a map of houses, landmarks and roads on the wet mud, on the basis of verbal information from residents of Nainan village, about three hours from Kolkata.
Every penny counts, so the rough draft is copied on a paper after a consensus among villagers is reached. The initiative has attracted every resident of Nainan, where electricity is still a luxury and the barter system is still exists.

The map is the first step to sieve out the poorest of the poor, often a beggar. The next step is to create “wealth ranking cards”. For this, all families are assigned a card bearing their names. A group of elderly villagers is shown two cards at a time and asked to name the poorer among the two. The process culminates into segregation of packs of up to six bundles, of which one would have the name of the poorest in the lot.

Once the data is collated, the ultra poor are provided with assets for a regular livelihood, including agriculture, rearingof pigs or goats, or selling vegetable and handicraft. “The entire event is like a mini village fair. There is too much competition to qualify as the ultimate poor in every village. People are jealous of each other and so we keep digging out information, often in disguise to find our target,” says Dey Sarkar.

In 24 months, the beneficiaries qualify into mainstream finance, and in most cases become dedicated clients of Bandhan, the fourth largest MFI in India. Like most MFI borrowers, they pay 24-25 per cent interest on loans, with a zero default rate. The probability of default is bleak with the village community keeping a close tab on the borrower, as default is seen as the biggest stigma.

Bandhan, through its non-profit trust, decided to reach out to the ultra poor through its development program called Chartering into Unventured Frontiers – Targeting the Hard Core Poor (CUF-THP) in 2006, with 300 families. By 2014, Bandhan aims to reach out to 55,000 families under a new programme called, Abha.

In the last two years, out of the 5,000 families under the programme, 3,000 have qualified as regular borrowers, with 90 per cent emerging as clients of Bandhan. In fact, the Ford Foundation & The Michael and Susan Dell Foundation, Massachusetts Institute of Technology (MIT), US has been associated with Bandhan’s ultra-poor program in Murshidabad ever since its inception. For rolling out Abha, Axis Bank Foundation is also contributing to its funds.

With even beggars qualifying as regular borrowers, the ultra poor programme is not just plain philanthropy, but a sustainable business model. Not only Bandhan, but several other MFIs, small and big, have queued up to lend to the ultra poor — where beggars are choosers.

In fact, SKS, the largest MFI in India, is already running a programme through a separate non-profit trust. Spandana, among the top five MFIs, is also thinking of starting the ultra poor project.

Interestingly, MFIS are scaling up or planning to start similar programmes at a time when they are reeling under stringent government regulations. A recent government regulation had severely curbed their operations in Andhra Pradesh, where one-fourth of the industry thrives, due to reasons such as over-indebtedness, debt trap and alleged coercive methods of recovery. The impact was felt across the country as banks stopped lending to MFIs, culminating into an acute liquidity crisis for the industry.

“The ultra poor programme can become a viable business model, if there is enough volume. With 30 per cent Indian population in the segment, there is a huge scope in the segment,” said an executive of an Andhra Pradesh-based MFI.

A decade back, all major MFIs had started as trusts undertaking action research programmes, funded by grants. They converted themselves into “for profit companies”, and attracted large foreign investments through private equity funds. Prior to the crisis in Andhra Pradesh, most MFIs were planning to tap the capital market, with SKS taking the lead by listing on the stock exchange.

Sample this: Roshan Ara from Nainan was forced to beg after her husband’s illness wiped out all her savings. With Bandhan, she could stabilise her income stream by selling vegetables. Two years have passed since she was inducted in Bandhan’s ultra poor programme, and is now a regular client. Recently, she took a consumption loan of Rs 4,000 to repair her house and buy a cycle to cover long distances to work.

For Ara, Bandhan is not just an MFI, but a mentor with a certain authority. “Life is much better now. We could not even afford one square meal two years back.” says Ara, reticent to talk about her past.

Absence of Banks and high rates of interest Roshan Ara’s graduation to a regular borrower comes at a cost of high interest rate, and the loan too is not exactly collateral free. For the Rs 4,000 loan, she has to keep Rs 400 as security deposit and pay Rs 80 towards insurance. She is not eligible for bank loans.

Bandhan charges a flat 12.5 per cent rate interest from the villagers, which means this interest is not calculated on reducing balance. Thus, effectively, the MFI charges 20 per cent to 24 per cent interest, and its margin could be as high as 12 per cent, without taking into account operating costs, which MFIs claim varies between six per cent and nine per cent.

The NGO wings of the MFIs, serving the ultra poor, are also in the business of collecting savings in the ultra poor programme. The beneficiaries at Nainan village are given a pass book and asked to deposit Rs 10 every week with Bandhan.

MFIs in India are not allowed by the Reserve Bank of India to collect deposits, but as NGOs of certain category they can collect savings, say MFIs. “NGOs can mobilise deposits. It is not done with any motive to make a profit, but to inculcate a discipline to have savings among the borrowers,” said Chandra Shekhar Ghosh, Bandhan’s founder. However, others beg to differ. “Directly or indirectly, MFIs cannot collect savings, and if they are doing so, it is through regulatory arbitrage,” said a high ranking executive of a top MFI.