Be-Ing The Change You Want 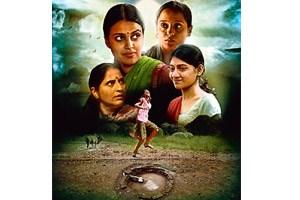 A new fund, the Be! Fund, launched in July 2011, is increasingly creating awareness among aspiring local entrepreneurs in low-income areas across India. The Fund has been launched to provide low-income social entrepreneurs with access to funding and business support services to start their enterprises. The Fund targets potential entrepreneurs who have ideas for sustainable business models which help solve a local social, environmental, or economic problem in their local communities. Be! Fund provides loans to entrepreneurs who are only required to repay the loan if their business makes a profit. The Fund has been creating awareness through mass-media campaign through school books, film, and radio. Once an entrepreneur contacts Be! Fund with an idea, the idea is evaluated for efficiency and feasibility, potential entrepreneurs are interviewed, and those who have cleared the interviews must allow for site visits and the development of a comprehensive business plan. The initiative ultimately aims to support local solutions to local problems or gaps in India.

Radhakrishna, 26, lives in Nagamangala village in Karnataka’s Kolar district, a village mostly consisting of farmers. The biggest problem in their village—a problem not unheard of in other villages in the country—is the poor means of transporting their produce to the nearest market; leaving farmers at the mercy of middlemen who procure the produce at the lowest possible price. To get around this, Radhakrishna decided to buy a second-hand truck to transport the farmers’ produce to the market on time, at minimal cost. Only, who’d give money to an unemployed Radhakrishna to purchase a truck? And then in July he heard of Be! Fund on the radio.

Be! Fund, an initiative of the Delhi-based non-profit organization Going to School, launched in July to provide young people (in the 18-29 age group) from low-income groups with risk capital (Rs1-5 lakh) and skill support to set up businesses that would give them a sustainable income and simultaneously solve the local social, economic and environmental problems of their communities. The fund—formed with grants from entrepreneurs Dev Roy and Phaneesh Murthy and Deutsche Bank, among others—is different from the microfinance sector in that it does not require entrepreneurs to repay the loan if the business fails. “We’d like the money to be returned so we can invest in more entrepreneurs. Returns are only paid when a business makes a profit, out of profit. But if a business fails, it is written off; a young entrepreneur is not put into debt,” says Delhi-based Lisa Heydlauff, CEO, Going to School.

“By 2020 there will be over 210 million unemployed people in India; 90% of them will be below the age of 30. Currently, 50% of these young people are dropping out of school,” says the UK-born Heydlauff, who has been working in the non-profit education sector in India since 1999. The best way according to her, therefore, is to encourage these young people to take charge of their communities and make “social entrepreneurship” an attractive word for them. “In India, if you ask a child what they want to be when they grow up, they’ll say doctor or lawyer, nobody says entrepreneur,” adds Heydlauff.

To make entrepreneurship a household word among rural Indians, Be! Fund chose to communicate in a language familiar and attractive to most: Bollywood. They produced ten 30-minute short films about young entrepreneurs in rural India. The movies (the ones on radio were audio films) which aired—as a pilot—first on the radio in July, then on Doordarshan and Star Utsav in December, have already yielded 68,000 phone calls from young people with ideas. Both Star and Doordarshan partnered with the fund to air the shows. This is how it works: The young entrepreneur calls Be! Fund with his idea. A short-list is made based on the feasibility, efficiency and sustainability of the idea. Candidates are refused if their idea is unclear, does not “solve a problem” or if their business is in a place other than where they live. Once a candidate clears three rounds of interviews, he is given the money. “We also prefer someone who has already tried getting a loan as that shows they’ve been working on it for a while,” says Heydlauff.

Muniraju, 28, from rural Bangalore is one such case. The former FedEx delivery boy devised a plan to recycle plastic by turning it into chips that could be used in various products, including computers. But because he had no property or collateral to offer, he wasn’t eligible for a bank loan. Be! Fund’s research found that there was no plastic recycling unit within a 20km radius of where Muniraju lived, and there was a direct need for such a recyling unit.

The third stage involves a site-level visit involving interviews, and comprehensive business plans. Sector experts are invited and some spontaneous entrepreneurial link-ups have happened, like between Muniraju and his Bangalore-based mentor Pradeep Kumar, a businessman who was also working in the area of plastics recycling.

Muniraju’s three-month-old business is already scoring high on the social aspect of his social enterprise: The eight women employed in his unit can now afford to send their children to school. Likewise, Radhakrishna’s enterprise, for which he got Rs3 lakh from Be! Fund, benefits about 1,000 farmers in his village, with a 30-40% increase in profits because of the removal of middlemen, and has employed two people from his village. “The farmers were in a helpless situation. Now, because of my transport business, things are happening time to time (sic) for them,” he told us over the phone. The improvement in his own financial condition is a great help to his four-member family, which so far was running exclusively on his brother’s income.