Banks’ Business Correspondents May Get To Sell Micro-Insurance 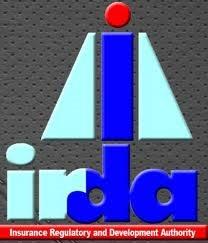 The Insurance Regulatory and Development Authority (Irda) is discussing the proposal with insurance companies, according to an Irda official.

“It will increase penetration and take insurance to the uninsured segments of the country,” said the official, who asked not to be identified. “But we have to take into account the possibility of mis-selling. It is a concern and we are trying to come up with a solution.”

Currently, only insurance company agents, banks, microfinance institutions, non-governmental organizations and self-help groups are allowed to sell micro-insurance policies, while a BC is authorized to offer banking services such as cash transactions to customers in places where banks do not find it viable to set up their own branches.

The Reserve Bank of India (RBI) has permitted banks to use the services of intermediaries such as business facilitators and correspondents to provide banking services to expand the reach of the banking sector. BCs service 76,801 villages and 3,653 urban locations as of end-March 2011, according to RBI data.

Insurance products where the maximum amount of insurance cover is less than Rs.50,000 are typically characterized as micro-insurance products. These could include life and health insurance as well as cover for homes and livestock.

Irda is also considering a suggestion from insurance companies to incentivize BCs by paying them a small stipend, in addition to the commissions paid out.

“Before the regulations for micro-insurance products came, we had the concept of rural representatives where companies used to give stipends in addition to commissions. Something similar can be done to incentivize business correspondents,” said R.K. Kaul, chairman and managing director of the Oriental Insurance Co. Ltd.

Insurance firms have also asked the regulator to relax the licensing requirements for a BC to sell micro-insurance products.

“Insurance companies have asked Irda to allow business correspondents to be direct micro-insurance agents. The licensing norms are very stringent. Agents have to undergo training and pass examinations,” Kaul said. “Since micro-insurance products are very simple by nature, there is no need for such strict norms to be applied to business correspondents.”

More than 10 years after the government opened up the insurance sector to private and foreign sector participation, India’s life insurance penetration, the ratio of premium underwritten to gross domestic product, is less than 5%, while non-life penetration is under 1%.

“As part of the overall financial inclusion drive, there is an acknowledgement that it is not only about opening saving accounts, but also remittances, insurance and micro-insurance,” said Rishi Gupta, chief financial officer of Financial Inclusion Network and Operations Ltd, a BC.

Micro-insurance policies are not “very complicated products and there is not much chance of mis-selling”, Gupta said. “Having said that, mis-selling can happen through any distribution channel. But since BCs are controlled by banks, the possibility is minimal.”