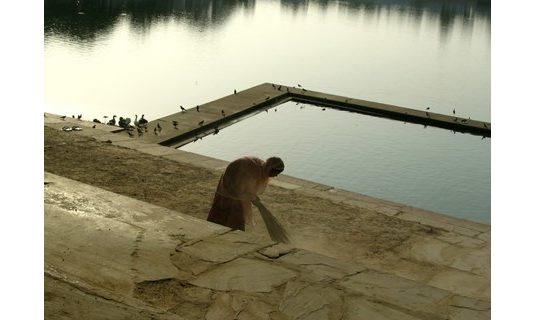 In efforts to increase its rural presence across India, U.S. headquartered Western Union, a money transfer services company, has partnered with Microfinance Institution, Bandhan, in order to facilitate remittances between Western Union’s international clients and its expanding network of rural Indian customers. Bandhan intends to launch the service across more than half of its 1,500 locations by the end of the year. The Western Union Company (NYSE: WU), a global leader in money transfer services, today announced that Bandhan, amongst India’s leading microfinance companies will soon offer the Western Union® Money TransferSM service across the country.

The agreement to offer Western Union Money Transfer services was cemented between existing Principal Agent Weizmann Forex and Western Union at a ceremony held at Kolkata today. Bandhan Microfinance, as Western Union’s Sub-Agent will activate 800 of its locations by year end linking it to more than 200 countries and territories across the world.

“With its expansive global network, Western Union is uniquely positioned to deliver fast, reliable and convenient money transfer services to consumers across remote geographical locations globally. With the addition of Bandhan, one of the largest micro finance institutions in India with a customer base of over 2.8 million consumers, we hope to further reinforce our rural presence through Bandhan’s extensive network of over 1,500 rural locations across India shortly,” announced Anil Kapur, Managing Director, Western Union, South & South East Asia..

Chandra Shekhar Ghosh, Chairman & Managing Director of Bandhan said on the occasion “Lack of convenient  financial infrastructure in rural India means Indians working and living abroad have to depend on informal channels to transfer their hard earned monies to their loved ones and with it comes all the associated issues of lack of reliability and convenience.

“Offering Western Union Money Transfer services through Bandhan means our extensive network across rural India will henceforth link the remotest of villages to an unbeatable international network. The new doorstep facility of providing remittances will result in cost savings and convenience to them when cashing their remittance which in turn brings about financial inclusion which remains the philosophy behind our service mandate,” he said.

Kiran Shetty, Western Union’s Regional Vice President for India said, “Over its 16 years in India, the Western Union network has constantly strived to extend its reach across rural India. The addition of Bandhan’s locations will go a long way to fulfilling our rural outreach plans.”

Chetan Mehra, Director – Weizmann Forex added, “Western Union and Weizmann has worked together to continue to bring international money transfer services closer to the homes of the families and loved ones of those working and living overseas since 1998.

“Through our agreement with Western Union we have facilitated a number of classes of trade including retail and banks to offer Western Union® Money TransferSM services to the remotest corners of India.  The collaboration with Bandhan is one more step in this direction which would positively impact the people in over 1,500 rural locations,” he said.

According to the Reserve Bank of India (RBI), India received over US$52bn in remittances during the financial year 2009-10. A RBI study report released in early 2010 attributed 38% of remittances flowing into India originating from North America followed by Gulf countries accounting for 27% and Europe at 18% of the total remittances received. The World Bank estimates remittances to account for 4.2% of India’s GDP1.
1 World Bank report 2008.

About Western Union
The Western Union Company (NYSE: WU) is a leader in global payment services. Together with its Vigo, Orlandi Valuta, Pago Facil and Custom House branded payment services, Western Union provides consumers and businesses with fast, reliable and convenient ways to send and receive money around the world, as well as send payments and purchase money orders. The Western Union, Vigo and Orlandi Valuta branded services are offered through a combined network of approximately 430,000 agent locations in 200 countries and territories. In 2009, The Western Union Company completed 196 million consumer-to-consumer transactions worldwide, moving $71 billion of principal between consumers, and 415 million business payments. For more information, visit www.westernunion.com.

About Weizmann Forex
Weizmann Forex Ltd. (WFL) takes its name from Weizmann Ltd. (WL), the flagship company of Weizmann Group incorporated in 1985. Weizmann Group’s activities include Textile Processing and Exports, Category II Authorised Dealer in Foreign Exchange, Western Union Money Transfer (WUMT), Export of Currency, Tours and Travels, Mobile Top Up and Renewable Energy Projects like Wind and Hydel Power. Group’s present annual turnover has crossed Rs.22 Billion. WFL is one among the first five players who are recognized as category II authorised dealers by RBI.  WFL is one of the leading distributors of American Express Travellers’ Cheques in India. WFL also has tie-ups with Citi Bank and Axis Bank to distribute their prepaid travel card products available in various major currencies which are accepted at over 10 million Visa Electron Merchant shopping establishments worldwide. Travel insurance is also one of the add on products covering various risks for travelers going abroad.

About Bandhan Mircrofinance
Bandhan was set up in 2002 to address the dual objective of poverty alleviation and women empowerment. Bandhan, regarded as one of the leading Microfinance Institutions in India is operating into 17 states mainly serving Eastern & North Eastern part of the country through a strong network of over 1,500 branches with more than 2.8 million poor women and a cumulative loan disbursement of Rs. 6,171 crores till date. As on 31st July, 2010 our loan outstanding stood at Rs. 1,670 crores with an ‘on time repayment rate’ of 99.83% and staff strength of over 8,000. Bandhan’s flagship program is microcredit; however, we are also actively engaged in the development space in order to bring about holistic development of the poor. Over the years, our concerted efforts have received due recognition. In early 2006 we bagged the Pro-Poor Innovation Challenge Award by CGAP, an affiliate of World Bank, we also occupied 2nd position on the coveted Forbes List of World’s Top 50 MFIs in December 2007, which was soon followed by the Skoch Challenger Award in early 2008 for financial inclusion. Bandhan was also declared as ‘Institution of the year’ at the Microfinance India Awards 2009 organized by HSBC and ACCESS Development Services.