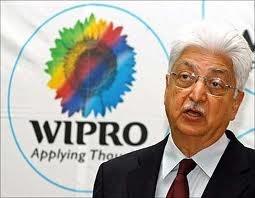 Azim Premji, the Chairman of Wipro, is donating $2 billion to the Azim Premji Trust, which will channel funds to educational and other philanthropic initiatives of the Azim Premji Foundation. The initiatives are focused on India’s under-served population and seek to improve primary schools within India’s rural areas as well as develop a university for the poor. With a net worth of close to $18 billion, Premji’s donation has become the largest individual donation by an Indian billionaire. BANGALORE: In the largest act of philanthropy by an Indian, Wipro chairman Azim Premji will give about Rs 8,846 crore ($2 billion) to improveschool education in India. Other donations to charitable institutions by any person or corporation in India pale in comparison to this massive endowment. It effectively silences critics who say Indian billionaires are measly donors compared to foreign counterparts, and that they focus on big-name western universities rather than addressing India’s problems.

Premji, India’s third richest man with a net worth of $18 billion, will transfer 213 million equity shares of Wipro Ltd, held by a few entities controlled by him, to the Azim Premji Trust. It will fund educational activities of the Azim Premji Foundation (APF) which works mainly with schools in rural India. He had previously transferred over Rs 700 crore to the APF.

The money will be transferred to the trust by next Tuesday and Wipro’s former strategy chief K R Lakshminarayana will be its chief endowment officer. A $2-billion endowment even at a conservative return of 8%-12% should generate annual returns of $160-250 million (Rs 750-1,150 crore), which will be used to run APF initiatives, including the Bangalore-based Azim Premji University.

“We believe that good education is crucial to building a just, equitable, humane and sustainable society. We want to contribute significantly towards improvement of education in India, and through that towards building a better society,” he said.

“All our efforts, including the university we are setting up, are focused on the under-privileged and disadvantaged sections of our society. Our experience of the past 10 years has motivated us to significantly scale up our initiatives, across multiple relevant dimensions.”

So far, the nine-year-old APF has worked extensively in six districts — two in Uttarakhand, two in Rajasthan and two in Karnataka.

Dileep Ranjekar, co-CEO of APF called this the beginning of APF’s second life. “The current phase we’re launching is based on 10 years of experience wherein we realized what needs to be done to scale this in a concrete manner.” His co-CEO Anurag Behar said, “The aim is to increase the deep focus to 50 more districts across India.”

Such a huge financial commitment has been made mainly because a university cannot be run without a large endowment. For example, if AP University were to follow the Tata Institute of Social Sciences (TISS) model which meets just 14%-15% of its costs from student fees, the AP University will need to meet 85% of costs from non-fee based resources.

“The foundation’s significant increase in scale and its clear focus on social purposes will require a substantial long-term financial commitment, which is the purpose this endowment will serve,” Premji said.

The university, offering post-graduate courses in education and development, will start with 200 students in 2011 and scale to 2,000 in 4-5 years.

The foundation will also create district-level institutions with 50-70 people in each and these state and district resource centres will support improvement in education, especially in disadvantaged areas.

The APF said it will continue to partner state governments (including continuing with its existing programmes), institutions, NGOs and individuals.

Will Premji inspire rich Indians to part with their wealth? That’s a billion-dollar question but the American example may have the answer. Microsoft chairman Bill Gates and Warren Buffett of Berkshire Hathway are persuading wealthy Americans to give at least 50% of their wealth to charity. They’re even asking people to take a pledge they will do so, and with considerable success.