A New Beginning For Microfinance In India? 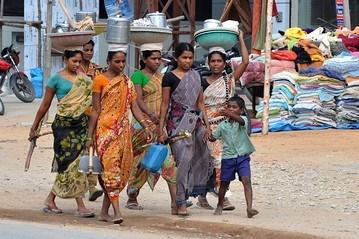 The Wall Street Journal reports that given the microfinance crisis in India over the past year, the industry will likely eventually revive, but only after a significant change in practices. The article is based on a recent report written by N. Srinivasan, which outlines probable changes in the industry such as a shift away from women and group lending and more flexible payment cycles. In his report Srinivasan criticizes the way that the Andhra Pradesh government handled the crisis, but argues that the industry will benefit from intervention by the Central Bank.

A new report on India’s microfinance industry says that the troubles in Andhra Pradesh have been “one of the best things that could have happened to the sector.”

Really? Looking back at a year of microfinance in India, words like “crisis,” “collapse” and “catastrophe” seem more fitting – and it all started in Andhra Pradesh, a state that used to be India’s microfinance hub. The decision by the local government to clamp down on collection practices last year spiraled into a crisis that the industry is struggling to recover from. Microfinance firms were criticized for their aggressive loan recovery methods and for overcharging costumers, sparking a nationwide backlash against the industry. The move in Andhra also choked their access to credit.

A “near-death experience” is how Alok Prasad, the head of Microfinance Institution Network, a leading industry body, described it. He was speaking in New Delhi earlier this week at a two-day annual summit on microfinance – an event at which the report was also released.

So where exactly is the good news? N. Srinivasan, the report’s author, says it’s bad – but not all bad. The troubles in Andhra served as the trigger the sector needed to grow more responsibly, he said in an interview on the sidelines of the event. The main lesson from the Andhra experience for microfinance institutions is that customers should come first, explained Mr. Srinivasan, who has been tracking the industry for several years.

While he criticized the Andhra government for imposing restrictions he described as excessive and politically-motivated, he said regulating the sector in the interest of borrowers was necessary, and welcomed the decision of India’s central bank to step in. While he doesn’t see the sector booming anytime soon, he is confident it will grow moderately. But to do this, the industry may have to change dramatically.

Micro-lenders issue loans as small as $100 to poor borrowers, typically groups of women. The loans are usually repaid in weekly installments. But this model is unlikely to last. “Microfinance institutions may not want to expand along the same models,” said Mr. Srinivasan.

He said we are likely to see microfinance institution shift away from group and women-focused loan packages. “People are fighting the group model,” he said, explaining that people are tired of the coordination it requires and of being liable for others who default on payments. He warned this can also lead to a “domino” effect, where all members of the group default.

Women, widely seen as more responsible than men at handling debts, receive around 95% of micro-loans in India. This, too, may change. Mr. Srinivasan believes microfinance firms should respond to costumer demand to make the loan process less “woman-centric” and more inclusive to men. While women would remain the “prime movers,” this could mean focusing on the household as a whole.

He also suggested microfinance institutions introduce more flexible payment cycles. In the case of farmers, for instance, it would make more sense to collect repayments “at the end of the cropping season,” rather than in smaller, regular installments.

The recent decision of India’s central bank to ease borrowing for microfinance institutions may be the shot in the arm the industry needs to kick-start reforms.

Last month, one of the best-known figures in microfinance, Vikram Akula, stepped down as chairman of SKS Microfinance Ltd., the only publicly-traded microfinance firm. Mr. Akula, who originally founded SKS as a non-profit organization, has been criticized for pursuing profits too aggressively, triggering an animated debate on whether microfinance should be more about making money or about providing a social service. The mood seems to be swinging to the latter.

For all the industry’s troubles, microfinance institutions still attract customers in India: in the year through March 2011 the number of borrowers grew over 17% from the previous year to around 94 million.