A Network To Help Start-Ups With A Cause 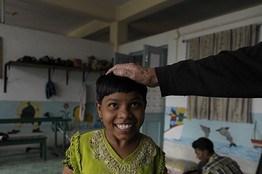 Indian social business and investment advisory firm, Intellecap, has recently launched the Intellecap Impact Investor Network (I3N) to help social enterprises raise between $1 million and $3 million from select angel investors. Though there an increasing number of social enterprise start-ups that have been successful and generated revenue, many have difficult raising funding of around $1-2 million. I3N seeks to bridge that gap by providing investors willing to invest up to $3 million for 5-7 years with a deal pipeline of enterprises working in agriculture, low-cost healthcare, clean technology, and water, among other sectors.

By Deepti Chaudhary of Mint

BANGALORE – A social-sector advisory firm has launched a platform to bring together rich individuals, foundations and companies keen on investing in businesses that cater to the poor.

Intellecap Impact Investor Network (I3N), launched earlier this week, will help social-sector start-ups raise $1 million to $3 million from a group of select angel investors, making it the only such organized platform in the country.

The other two angel networks in India—Mumbai Angels and Indian Angel Network—facilitate investments in commercial businesses.

Intellecap is putting together memoranda of understanding with about 15 angels and has got investment commitments in excess of 100 million rupees.”We work closely with social enterprises in various capacities and we know there is a huge demand for capital in the range of $1 million to $2 million,” said Anurag Agrawal, co-founder and senior vice president, investment banking, at Intellecap.

“They don’t want to do charity; they want to make investments that can change lives,” he said.

India has a large number of so-called bottom of the pyramid population— 925 million people live on less than $2 a day— according to a report by the Harvard Business Review.

This presents a market opportunity of $1.2 trillion, says a study by the International Finance Corporation and World Resources Institute.

Social enterprises are focused on improving livelihoods but at the same time also create wealth for promoters..

The four-year-old SammaaN Foundation, which had a revenue of about 70 million rupees in fiscal 2011 from its network of 500,000 rickshaw pullers in six states, hasn’t been able to raise funds from investors.

“They are still not able to understand the model… They are not sure how it works or how big this business can be,” said Irfan Alam, founder and chairman of the Patna-based SammaaN.

I3N aims to bridge this gap by vetting the business models of social start-ups and offering investors a flowing pipeline of deals in agriculture, low-cost healthcare, clean tech, water and sanitation, and education.

I3N will select investors who can commit $2 million to $3 million, and let the money be invested for five to seven years.

Sanjay Anandaram, an entrepreneur-turned-investor who also mentors start-ups, said any channel that brings together entrepreneurs and individual investors would spur deal activity. But “whether you will find a fantastic company through such platforms is a million dollar question,” he said.

Individual investors have some organized options to back social start-ups. Prominent among these are peer-to-peer lending platforms that have come up in the past couple of years such as RangDe.org, DhanaX Information Services Pvt. Ltd and Lendesk Financial ServicesMarketplace Pvt. Ltd.

These platforms facilitate person-to-person lending by putting up profiles of people who need money to expand their businesses. The loans can be as tiny as 100 rupees and usually have to be repaid in 12 months.