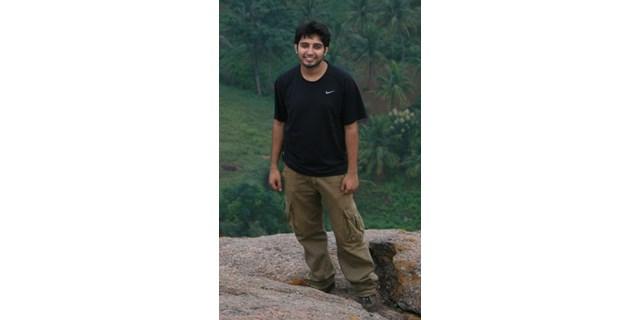 A 2011 TED Fellow and technology specialist, Sumit Dagar, is looking at ways to bring better technology to low-income Indians. Travelling through rural Indian communities a few times a year, Dagar talks to villagers about their needs and how they use technology. He has a goal to make technology both affordable and useable by those who are typically unable to afford it or know how to use it. The designer is currently working on developing a Braille phone.

Sumit Dagar packs his bags every few months to travel India’s rural communities to get the lowdown on how they use technology. Or he concentrates on his latest prototype, a Braille phone. Or he dabbles in interactive movie-making–a big passion.

The polyDagar was born and raised in Delhi, India, studied Information and Interface design at the National Institute of Design in Bangalore, and has worked as an interaction designer for the likes of Microsoft Research and Whirlpool.

And he was just named a TED Fellow for 2011, giving him the biggest platform he’s ever had to share his ideas about the needs of low-income technology users in India’s vast rural and semi-rural communities.

“I’m strongly interested in making technology very very usable for everyone, not only those who are educated to use it,” Dagar tells Fast Company.

Of his Braille phone prototype, he says, “The device should behave like a companion or friend to help the user comfortably go through daily routines of life.”

Dagar is part of a small but growing scene of interaction designers in India, most of whom know each other. And whereas most design concepts are being imported from abroad, Dagar says he’s “hoping for a more Indian-centered design, especially for rural India.”

“I believe a designer shouldn’t change the context; he should work within the context the user is already in,” says Dagar.

With that in mind, Dagar spends extensive time in India’s middle and lower-income towns to find out their technology needs. One of the things he found was that as families invest significantly in their children’s education, those kids then go onto live in cities, work, make some money, and send iPhones and iPods back to their parents and grandparents in farming villages. But they don’t know how to use the technology without their children’s support. (One family Dagar stumbled upon had been shown how to take pictures with a device, but didn’t know how to transfer to a computer, so when the memory became full, the device was just stored away but not put to use.)

Dagar’s design philosophy is to make things simple and not to over-design. He believes that first a design intervention should take place and then the technology development should follow–and the user should always be at the center of the design.

As for the TED conference next February in Long Beach, Dagar’s focus will be on his Braille phone, hoping that others take interest in it to either fund its development or take on the development process. “It’s a very novel concept,” says Dagar, “and it’s hard for people to accept it at the first go.”

Beyond the Braille phone, which is still in early development, Dagar also works on interactive movies, where viewers can pause at will, change angles, zoom in and out, read annotations, and proceed with viewing.

For most people it sounds trite to say, but for Dagar we really mean it when we say: There’s no limit to what he might do next.