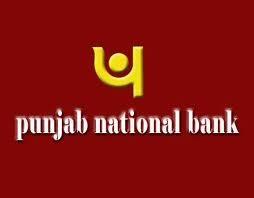 The Business Standard recently reported that Bank in Punjab have now reached all 1,576 villages in the state through an ICT-based ‘business correspondent’ (BC) model. The announcement follows the Reserve Bank of India’s recent position on having State Level Banks prepare plans to provide banking services to all villages with less than 2,000 people.

Banks in Punjab have covered all the 1,576 unbanked villages by the end of 2011-12 financial year by opening 71 brick-and-mortar branches, 104 ultra-small branches, 1,377 through ICT-based BC model and 24 through mobile vans.

Punjab National Bank executive director Usha Ananthasubramanian, while revealing this, touched upon the RBI’s recent monetary policy announcements, and said mandate was being given to State Level Bankers Committee (SLBC) to prepare a roadmap covering all unbanked villages with population less than 2,000 — and notionally allot these villages to banks for providing banking services in a time-bound manner.

Delivering her key note address at the 120th meeting of the SLBC, Punjab. she said the committee would allocate the remaining unbanked villages in the state to banks as per the guidelines of the Department of Financial Services. This was to ensure that the process of enrolment, opening and activation of accounts was completed in a time-bound manner. Further, this would facilitate, in a big way, the decision of newly-formed state government to implement the electronic benefit transfer (EBT) for government schemes in the State.

Emphasizing for setting up of rural self-employment training institutes (RSETIs) in the state, she they would be established in all districts. The official apprised the House that RSETIs have been established in 16 districts and that the land has been allotted in 17 districts. In the remaining 3 districts, allotment of land is under consideration.

Anathasubramanian also asked the state’s department of rural development to expedite the process of allocation of land in remaining districts of the state for construction of premises of RSETIs by the lead bank concerned.