1,300 Schools Is A Good Start, But The True Learning Curve Is Sustainable Livelihoods 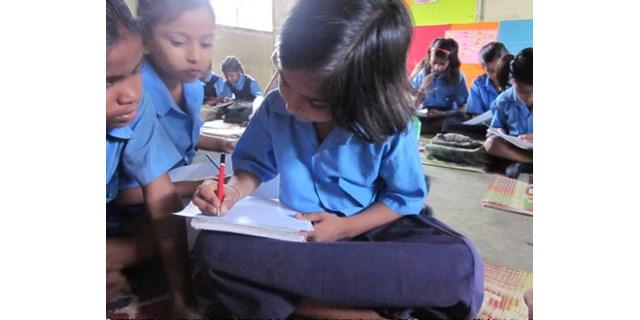 A recent NextBillion blog applauds the Aziz Premji Foundation’s (AFP) initiative to launch 1,300 schools across India, but questions whether organizations should instead focus on developing sustainable livelihoods so that families have a steady source of income in order to send their children to school. The blog argues that often, children from low-income households, are sent to school to receive mid-day meals, uniforms, and subsidies, instead of for an actual education. Given this situation, NextBillion blogger Devanik Saha, recommends that low-income communities are first offered livelihoods opportunities and educated on the importance of schooling for children, before simply creating access to schools.

After the buzz over the low cost tablet Aakash, the recent announcement of Aziz Premji Foundation (APF) to launch 1300 schools across various districts in India has certainly kept the Indian education sector in news recently.

The lack of access to schools for the BoP population is a perennial subject that has spawned numerous debates, articles, conferences, etc. on how to revolutionize primary education. APF and its CEO Dileep Ranjekar have taken a different course, according to the Times of India:

The aim behind the schools is two-pronged. “One is to build social pressure for other schools to follow suit and provide quality education. Two, we want to test ourselves, understand what it takes to deliver quality teaching and learning. One cannot tell the world to improve unless one actually leads by example,” says Ranjekar.

Such a big initiative by APF is definitely appreciated and is expected to improve the education scenario in the rural areas where it is launched. But is access to education enough to radically improve the lives of the poor?

Do the People Really Want Good Education?
The APF initatives is a worthwhile endeavor, but the question that needs examining: Do parents in these semi-urban and rural areas really want good education for their children? Apart from building schools, we must also ensure that parents understand the value of education. Their sole motivation for sending their children to school must be excellent education rather than benefits such as a mid-day meal, uniforms, subsidies, and in the case of girls, procuring government grant money for their attendance in school.

Having the experience of teaching in an all-girls municipal school in Delhi, it’s very sad to see that many parents view their kids as a means for procuring these privileges, and are far less interested in actually educating them. For instance, I would estimate almost 40 percent of all children return home during the school lunch break after receiving their mid-day meal. Girls tend to have more privileges than boys, as the government pays Rs 1,000 for each girl with one year of satisfactory class attendance. (Mind you, in Delhi, the government has passed a law that each child will be promoted to next grade automatically even if he/she gets 0 in each subject). Such laws continue add to the education inequity in India.

Why would a poor farmer be interested in spending hard earned money to educate his children and send them to college once these privileges expire, instead of simply pressing them into farming?

Is Education Enough to Change Someone’s Life?
It’s taken for granted that education will help improve our lives and we can better our lifestyles by studying hard, pursuing degrees from colleges and then bagging a lucrative job.  For many of us, it’s absolutely true. But again: Does one size fit all?

It’s instructive to consider the life of one child in my class, whom I visited at home last month. Her family of seven, including four siblings live in a small store room with a cooking stove and gas, a TV and a single bed. Her parents sleep on the bed while all the kids sleep on the floor. They have no indoor bathrooms/toilets, but share a common public bathroom with other families residing in the area. Her mom is unemployed and father drives a rented auto rickshaw earning around 3500-4000 INR a month.

Despite any academic achievement on her part, if the family is unable to earn enough to meet their needs, her father will send her to find some work and earn bread for the family. (That’s an assumption, but I have seen several similar cases). Thus ensues a cycle where schooling never comes back into the life of the child. He or she remains uneducated and the whole cycle continues for generations, only increasing the ranks of poor in India.

While admirable, merely having access to education might not be enough to move out of poverty. Instead we should also focus on creating a sustainable source of income for the families. To get a more detailed perspective on the issue, read this recent NB post by Sriram Gutta, which notes that stable livelihoods are a critical precursor for the ultra poor to move out of poverty before they can focus on any other programs like healthcare, education, financial literacy, etc.

So do we really need 1,300 schools right now or should we focus more on poverty alleviation and creating sustainable livelihoods? From my vantage point, the answer is clear.