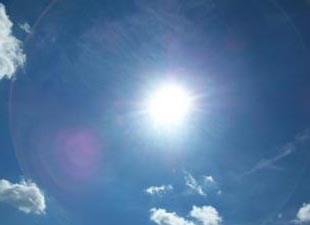 As part of the Business Call to Action (BCtA) – a global alliance of businesses, NGOs, governments, and multilateral organizations that encourages private sector growth for development – Vortex Engineering plans to introduce solar-powered ATMs in rural India. Significant lack of access to financial services and banking facilities has hindered growth in rural markets. However, the 10,000 new ATMs will be designed to overcome adverse weather conditions, inconsistent power supply, and low literacy levels, and reach rural consumers through tie-ups with local banks. The ATMs will use 90% less energy than traditional ATMs.

Vortex Engineering will provide solar-powered ATM machines to India’s rural poor as part of its commitment to the Business Call to Action initiative that encourages private sector efforts to fight poverty.

AsianScientist (Dec. 15, 2011) – India-based Vortex Engineering is pioneering the dissemination of solar-powered ATM machines in rural communities as part of the Business Call to Action (BCtA), a global initiative that encourages private sector efforts to fight poverty.

The machines are expected to provide access to formal banking for millions of people mostly in rural and semi-urban areas, many who will earn as little as US$1-4 a day over the next four years.

Powered by solar energy, the cash dispensers consume 90 percent less energy than a conventional ATM, making them both affordable for poor communities and profitable for banks to employ.

“Lack of access to financial services can carry a high cost for the people who can least afford it, so delivering access to formal banking presents a significant economic opportunity for poor, rural communities,” said V. Vijay Babu, CEO of Vortex.

“In partnership with banks and other stakeholders such as the Business Call to Action, Vortex can make financial inclusion a reality for millions of people,” he said.