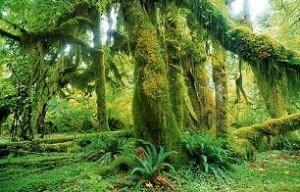 A project to conserve forest areas and enhance the livelihoods of forest dependent communities in India has recently received a $15.36 million loan and $8.14 million grant from the World Bank. Officially named, the Biodiversity Conservation and Rural Livelihood Improvement Project, the funding will focus on conserving biodiversity, and facilitating rural livelihoods by engaging with those who rely on the forest for their subsistence and understanding how conservation can benefit them. Beyond the millions who rely on the forests for their livelihood, it is estimated that 70% of India’s rural population relies on wood as a major source of cooking and heating fuel. This reliance has accelerated the degradation of forest land in India.

The World Bank on Thursday approved a USD 15.36 million credit and USD 8.14 million grant for a project to conserve high-value forest areas while improving the livelihoods of forest dependent communities in India.

“India is among the most diverse countries, with up to 47,000 species of plants and some 90,000 species of animal and the country’s biodiversity is fundamental to human well being,” said Malcolm Jansen, World Bank Senior Environmental Specialist and Project Leader.

“Millions are dependent locally on forests for their subsistence and livelihood and 70 per cent of India’s rural population depends on fuel wood to meet domestic energy needs,” Jansen said.

Noting that India’s rich biodiversity is threatened by increased population pressures and over-utilisation of resources along with development that is largely inconsistent with conservation objectives, the Bank said these threats, coupled with the country’s high incidence of poverty, have accelerated the speed of degradation.