Reasons To Be Wary Of Retail Giants 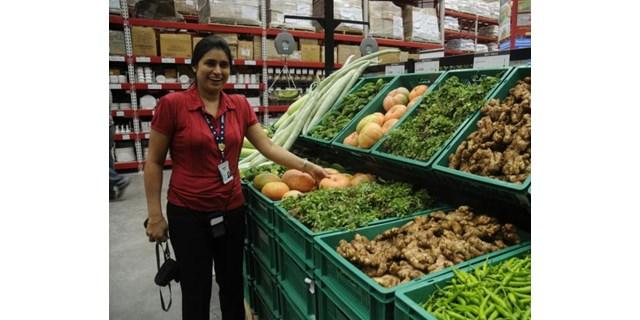 In this opinion piece by Sukhpal Singh, he argues that India’s changes to laws restricting foreign direct investment in the retail sector will ultimately have negative consequences for small farmers and consumers. Singh argues “due to the sheer size and buying power of foreign supermarkets, the producer prices may be depressed” and that the advent of more efficient Indian owned and operated supermarkets did not result in greater financial success for small-hold farmers so their much larger foreign versions will not either. Another negative consequence was the loss of jobs as more efficient super markets and their supply chains require far fewer people per tonne of produce moved due to automation and scale. Finally, citing examples in other developing economies such as Mexico and Kenya, Singh argues that the final price to the customer often increases when large retail chains begin to push out smaller operators. In order to monitor and counter these negative affects, India will have to ensure effective oversight and regulation, something that Singh believes the government has a poor record of delivering.

Foreign direct investment (FDI) in retail has been permitted up to 51 per cent, and the FDI limit for single-brand retail has been increased to 100 per cent. The power of the State governments to decide on FDI in retail in their States has also been taken away. In this context, it is important to understand the implications of FDI in food retail for various stakeholders.

The operations of domestic fresh food supermarkets in India haven’t made any difference to the producer’s share, other than lowering the marketing cost of producers, as supermarkets have collection centres in producing areas, unlike the Agricultural Produce Market Committee (APMC) markets (mandis) which are in distant cities.

But, these supermarkets buy only ‘A’ grade produce, that too, on open market (APMC) price-based prices, and only a part of the farmers’ output — those who end up going to the APMC mandi to dispose of the remaining/rejected produce. The chains procure from ‘contact’ (not contract) farmers without any commitment to buy regularly, as they don’t want to share the risk of the growers.

Thus, the involvement of supermarket chains with producers is low and there is no supply-chain efficiency, as many of them have already wound up, for example, in Gujarat. The clamour regarding small landholder benefit in high value crops (read fruits and vegetables) due to supermarket linkage is exaggerated, as these crops account for only 2 per cent of gross cropped area, and the direct linkage is either absent or pretty low. This isn’t likely to change even with FDI in retail.

Further, due to the sheer size and buying power of foreign supermarkets, the producer prices may be depressed. There have been a large number of supermarket malpractices across the globe which include: payment and discounts from suppliers for promotions/opening of new stores; rebate from producers as a percentage of their supermarket sales; minus margins whereby suppliers aren’t allowed to supply at prices higher than the competitor price; delayed payments; lowering prices at the last minute when supplier has no alternative; changing quantity/quality standards without notice; removing suppliers from their list without good reason; charging high interest on credit, using tough contracts and penalties for failing to supply.It is shocking that no restrictions have been put in place to protect the primary producer or smallholder interest when 86 per cent farmers are small or marginal. The supermarkets are known to prefer large suppliers of farm produce.

The supermarket expansion also leads to employment loss in the value chain. As compared with 18 jobs created by a street vendor, 10 by a traditional retailer and eight by a shop vendor in Vietnam, a supermarket such as Big C needed just four persons for the volume of produce handled.

The evidence from Latin American (Mexico, Nicaragua, Argentina), African (Kenya, Madagascar) and Asian countries (Thailand, Vietnam, India) shows that the supermarket prices for fruits and vegetables and some other basic foods were higher than those in traditional markets. Also, lower procurement prices by procuring directly from farmers needn’t lead to lower consumer prices in supermarket chains.

Low-income households may face higher food prices because of reasons of distance from supermarkets, and higher prices charged by supermarkets in low-income areas. Supermarkets would lead to concentration of market power, with upstream suppliers facing buyer power in terms of lower prices and consumers (buyers) facing higher prices due to lower competition, besides traditional retailers suffering a decline in their business.

The biggest fear in India is that there may not be adequate institutions and effective governance mechanisms to monitor the operations of the global retailers.

If the monitoring of wholesale ‘cash n carry’ stores so far is any indication, there is no regulation and the norms are flouted openly at the store level by the existing players. They are found to do retail sales in the garb of wholesale as the size of a single purchase (minimum ticket size) is just Rs 500 or Rs 1000, which doesn’t seem to be governed by any regulation.

Given the global and the Indian experiences of supermarkets so far, it was important to slow down food supermarket expansion by mechanisms like zoning, business licenses, and trading restrictions. Further, there is a need to limit the buying power of the supermarkets by strengthening the competition laws, like the legal protection given to subcontracting industries in Japan in their relations with large firms.

These provisions are monitored by the Fair Trade Commission. If contract or ‘contact’ farming is only another name for subcontracting, then it is only logical to extend such legal provisions with necessary modifications to farming contracts.

(The author is Professor, Institute of Economic Growth (IEG), Delhi.)